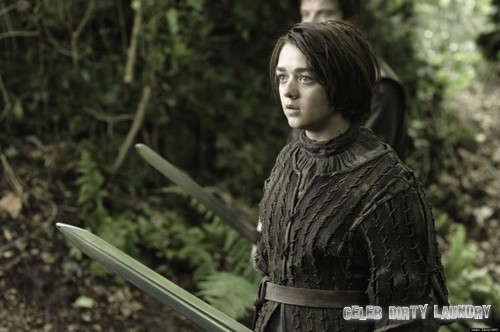 Tonight’s GAME OF THRONES continued and the episode was fantastic, as usual. Can you believe we are already starting the second part of the season, only three more episodes left? Next week’s episode is called, “Second Sons” and we have managed to get our hands on some juicy spoilers and a sneak peek video of next week’s episode.

On tonight’s show Dany exchanges gifts with a slave lord outside of Yunkai.  They refuse to bow to her wishes and tells her they have powerful friends.  Dany tells Jorah to find out who their friends.  As Sansa frets about her prospects, Shae chafes at Tyrion’s new situation. Tywin counsels the king, and Melisandre reveals to Gendry that he was Robert Baratheon’s son. Brienne faces a formidable foe in Harrenhal in a bear.  Jamie Lannister saves the day and rescues Brienne.  If you missed the show you can read our full and detailed recap here!

Spoiler alert: If you’re one of those people who doesn’t like spoilers, stop reading now! We have some juicy spoilers for you about the season 3 episode 8 HBO’s “Game Of Thrones.”

HBO’s Official Synopsis:  King’s Landing is going to host a wedding. Tyrion and Sansa will spend the night together. Dany is going to meet the Titan’s Bastard. Davos is going to demand proof from Melisandre. Sam and Gilly will end up,meeting an older gentleman.

On next week’s episode the title “Second Son” in the book refers to a mercenary company in Essos, which is led by a braavosi Mero, nicknamed “The Titan’s Bastard”.  They are a mercenary company operating in Essos. They fight for coin and the highest bidder. They are noted for their professionalism and ruthlessness in pursuit of a contract.

When Daenerys Targaryen marches on Yunkai, they supplement their defense with sellswords. Daenerys defeats the city in the Battle of Yunkai.  Daenerys gets to meet Mero who Jorah tells her is a dangerous man and so are all his men.  Dany tells Jorah a man who fights for gold cannot afford to lose to a girl.

We are going to see Stannis this week he goes to tell Davos that unless Stannis triumphs in is his quest to be King darkness is going to encompass everyone.  Stannis demands proof from Melisandre that he will be King.

On last week’s show the Hound caught Arya when she ran away from Beric.  This week she is riding with the Hound on his horse and he lets her know how lucky she is that the Hound found her and not someone far worse.  Arya and the Hound ride through the Riverlands and she attempts to escape and kill him.

Theon is still being tortured and as of last week they have not revealed who is captor is.  There is a whole lot more in the video below so check it out!

The Game Of Thrones Season 3, Episode 8 “Second Sons” airs on HBO on May 19th, 2013. Check out the preview videos from episode 4 below and let us know in the comments below what you think!