Game of Thrones Season 4 Spoilers: How Will Melisandre Influence Everyone’s Quests for Power? 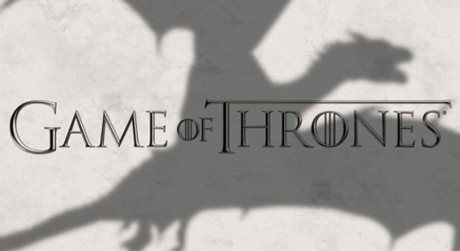 Game of Thrones is long gone for a while, but just because the hit fantasy series has taken a break doesn’t mean we have to sit around and do nothing. We have a throne to steal! Therefore, the hunt for spoilers begins! Now, while many people only watch the television show (like myself), the series was inspired by George R. R. Martin‘s highly acclaimed set of fantasy novels — which just might give us all a few delicious spoils as to where season 4 will head, specifically in regards to Melisandre’s character.

Now, just because the books say it’s so, doesn’t mean every detail — or story line — will translate to the onscreen plot. But we stumbled across a few wonderful spoilers (taken solely from the books), which might help us all in figuring out the direction the fourth season might take. Take these spoilers with a grain of salt, and don’t hunt us down if they turn out to be incorrect!

Melisandre carried out a pretty bloody ritual with leeches and king’s blood. Wetpaint speculates: “If you recall, she had Stannis toss three blood-filled leeches into a fire and say the names of his three usurpers to the throne: Robb Stark, Balon Greyjoy, and Joffrey Baratheon. Mel claimed there was power in king’s blood, but so far, we’ve only seen Robb kick the bucket. Was it just a coincidence? Maybe. But next season we’ll probably also see the deaths of Balon and Joffrey (assuming the show follows the book), and Mel’s going to look like a frigging genius.”

How long before those two other magical leeches take their toll?

It’s also speculated that Melisandre will do some travelling alongside her wannabe-king-stud-man and also help him on the battlefield. And there just might be a new friend in her future — and that new friend just might go by the name of JON SNOW. Uh oh. Jon represents the land of ice. Melisandre, of course, aligns herself with the realms of fire and light. What kind of shenanigans will these two get into?

If you are a reader of the books — or a hardcore HBO watcher who thinks you’ve got it all figured out — definitely hit the comments below and help us out here. Sometimes epic fantasy can be too epic for us, and we get overwhelmed. That’s where you enter, kind folks. Spoil us with your grand knowledge!