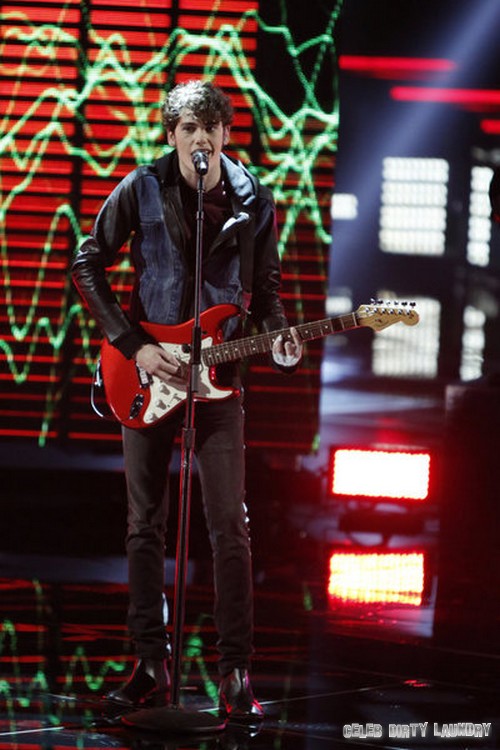 17-year-old Garrett Gardner from Ringwood, NJ hit the stage last night on The Voice Top 12 performance show and sang his heart out.  Sadly, his Voice dream has come to an end and she was sent home on The Voice tonight.   Did you watch tonight’s show?  We did and we recapped it here for you.

This was Garrett’s second time auditioning for The Voice and he said he would improve and come back.  For Garret’s audition he sang Seven Nation Army by The White Stripes and Shakira was the sole judge who turned her chair for him.  Asked why she turned her chair and she said she was pissed that Garret was not chosen last year.

On last night’s show Garrett sang “I Want It That Way” by The Backstreet Boys and Garrett is putting his on spin on it.  He is trying to take a Backstreet Boy song an make it a rock song.

The judges had this to say about his performance, “Adam was thrown by this song, it wasn’t his favorite. Blake thinks sometimes you need to throw an artist into left field to see what he can do, he thought it was pretty good. Usher says that Garrett has to remember that constructive criticism only makes you better. Shakira thinks Garrett is very charismatic and thought the song was really badass.”

Sound off your comments below and tells us what you think about Garrett’s Voice experience.  Do you think you Garrett should have been sent home?