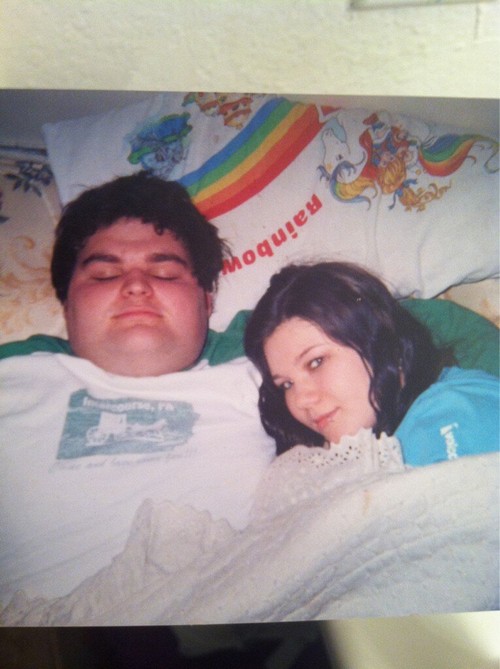 Amber Portwood is serving time in an Indiana prison since June of 2012 after refusing to complete a drug rehabilitation program.  She was sentenced to five years.  Her daughter Leah’s father Gary Shirley tweeted on his twitter account the following, with the above picture,  “Check this stud out. Haha ill shall be visiting this girl here in this pic in a few days. Ill keep u posted Twitter.”

Stud, ha, he might want to have his glasses checked!  So Gary is headed to jail to visit Amber who is reportedly doing great and you know he will be hopping on Twitter to share all the news with us.  Or his version of the news!  How else will he keep his 15 minutes of fame going?  While you wait for more Amber Portwood news, check out what a few of our cyber friends are talking about today, below!

Kanye Trying To Remove All Images of Him Wearing Skirts?  Tattle Tailzz

This is How Millionaires Dress  The Great Monkey Suit

THE FACE Series Premiere Arrivals  The Gossip Wrap Up

The Game Tattoos Dr. Dre On His Stomach (Photos)  Yazmar

Leighton Meester and Adam Brody are Dating  Pop On The Pop