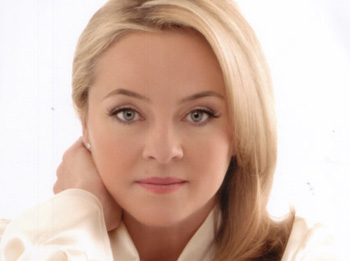 I think Robin Mattson is probably one of the most popular soap actresses around, don’t you? I mean the fact that she has show-hopped seems to go with the territory, but the thing is the characters that she has portrayed are for the most part very memorable. Santa Barbara is long gone but Robin’s character, Gina Lockridge was certainly one of its most memorable points. She also hopscotched over to All My Children to spend years putzing around as “Janet From Another Planet”.

I think we all love her most as General Hospital’s Heather Webber though and fans got a serious scare last week when Franco dumped her into a shallow grave. Mattson comes and goes as GH needs her and the fans were afraid that this visit was going to be way too short. Of course Heather isn’t exactly dead yet as we saw her hand raising from the grave.

Robin herself thinks that Heather is pretty invincible and posted on her official Facebook page, “Oh come on – you know Heather is a force of nature and cannot be stopped. If the character recovered from her fall off the roof of the hospital, there’s no telling where her survival skills will take her next. I guess you’ll just have to watch and wait and see.”

Fans were beyond relieved to hear from the actress herself that it’s not over yet. Have you enjoyed Heather’s most recent return to Port Charles? Do you think that she’s going to stick around for awhile or is this storyline going to keep viewers guessing until the writers bring Heather back to add on to her story? Are you a fan of Robin’s work? If so, what character is your favorite that she has portrayed? Tell us in the comments below!