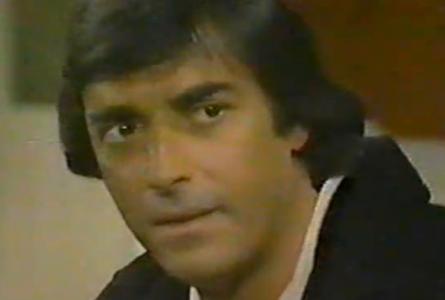 Finally, some good news to tell you guys in the land of soap operas! Thaao Penghlis is headed back to General Hospital! He will revive the character of Victor Cassadine, a role he first played in 1981. Thaao is set to begin shooting in early January and as of now his first tentative air date is slated for January 30th 2014. Thaao is well kn own to long time soap fans and probably most famous for his role of Tony DiMera on Days of Our Lives. That character supposedly died back in 2009, which in soaps doesn’t mean much. The departure allowed Thaao to return to the stage for awhile. It seems he must have missed the daily grind of soaps and that led him to sign back on to play the part of Victor.

Diehard soap fans will be thrilled to see Thaao return especially in light of all of the negativity surrounding the few remaining soaps. First Prospect Park pulled the plug on rebooted versions of both All My Children and One Life to Live, a move that they have still yet to confirm. That just added insult to injury to the fans who had to hear the sad news from the actors that they adored watching.

Then there is Jill Farren Phelps over at The Young and the Restless, cutting out core character and soap favorites to make room for the small handful of actors and actresses that she likes to have on her shows. Also women of a certain age at General Hospital are seeing their stories cut down to nothing as less talented actresses are on the front burner in a desparate attempt to grab new viewers. It’s about time that diehard fans were given something to be happy about and Thaao’s return should help! Will you tune in to watch him on GH? Tell us in the comments below!