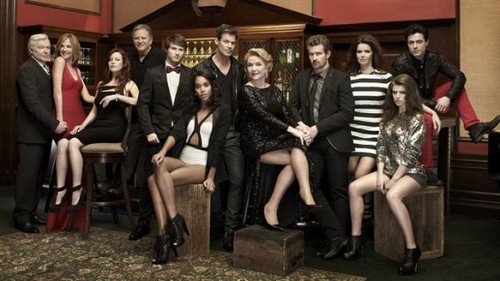 Prospect Park has yet to confirm that either All My Children or One Life to Live are formally cancelled and will not be returning for a second season, they’ve instead left that to the actors to do via social networking sites. PP has come under serious fire for not making an official announcement but it seems that their attention has been focused on covering their financial asses. When ABC opted to borrow a few OLTL characters for a crossover stint on General Hospital and then killed them off without ever breathing a word of the plan to PP a suit was filed and production was ultimately halted on OLTL.

The suit originally alleged that ABC was setting PP up to fail by changing key story lines and trying to persuade OLTL actors to jump ship by dangling contracts in front of them that would put them back on network television. PP went back to the drawing board this week and amended their original filing. They are now suing for $125 million in damages for breach of contract and promissory fraud. They also state that ABC refused to advertise the rebooted shows during their daytime programming and they also tried to sour relations between PP and third party distributors.

In a nutshell it sounds like ABC was on board with the idea of bringing back AMC and OLTL via the internet, but once the shows actually began airing they had issues. Perhaps it was the fact that the webisodes offered freedom that network television never could and things were a lot sexier than what fans were used to. Maybe ABC ultimately had a territorial issue with seeing their characters elsewhere and it left a bad taste or ABC didn’t want some of daytime’s best actors being unavailable to them should they decide that they wanted them.

There are so many possibilities as to why this happened but it’s pretty clear that ABC took steps to ensure direct failure. OLTL was writing storylines for characters that ABC intended to kill. That right there is a huge waste of time and money that left people scrambling for a fix when characters in future episodes were killed of on ABC!. Refusing to advertise the characters that were originally created on ABC was another blow. If ABC weren’t going to promote their own then who else would?

It’s pretty clear that just a few weeks into the rebooted shows ABC made sure that PP would be destined to fail. While the fans are momentarily furious with PP I think they need to realize that this company has been tripping over its own feet for months trying to salvage a project that the network decided to doom. Will PP win its suit? Tell us your thoughts in the comments below!