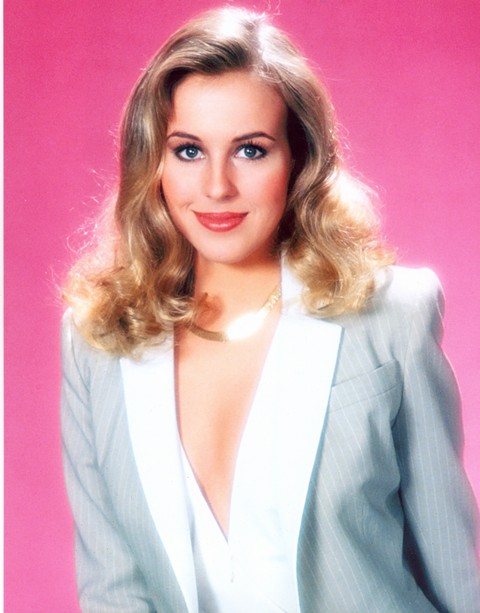 Soap fans are used to getting a mixed bag of news all at once and they often take the good with the bad.  General Hospital fans recently were enraged to learn that their longtime favorite actor, Steve Burton had been a bit shady on his departure from the show. He had originally said that he wanted to spend more time with his family in Tennessee but that break from acting only lasted about ten minutes. In no time flat the actor had defected over to The Young and the Restless, leaving his fans furious and feeling like they were lied to.

Now comes the good news for that same group of soap fans. Genie Francis, the beloved actress who plays Laura Spencer is on her way back to the set for at least a six month run.  The January 28th print edition of the GLOBE confirms that the actress has ironed out enough of the bad blood between her and co star, Anthony Geary to feel comfortable returning now.

According to GH producer, Frank Valenti, Genie will be given some great stuff to play and her five year absence from the shows’ canvas will be explained in a way that makes sense. The actress felt like her character would need to have a really good reason to stay away from her three children and the powers-that-be have promised to provide her with that so that the character of Laura Spencer doesn’t lose her integrity.

One thing that the fans will not be seeing is a reunion between Luke and Laura. Geary has long expressed his resentment of being known as part of a super couple rather than being known for his individual acting and it has caused problems between him and Genie. Valenti at this point in time has no intention of re-pairing the couple onscreen and it seems that Genie and Geary have worked out their differences enough to be able to both work on GH again. Are you glad that Genie will be returning to GH after a five year hiatus? Tell us your thoughts in the comments below!