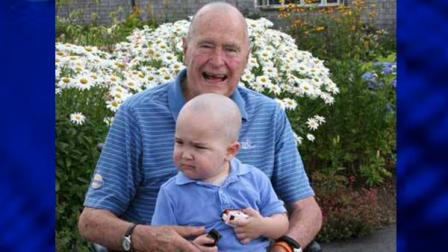 George Bush has shaved his head in solidarity with a young leukemia patient named Patrick. Patrick is the son of one of his Secret Service agents, and since Patrick has been struggling with Leukemia and had to undergo chemotherapy, George shaved his head in support.

Leukemia has always been a subject that’s close to George’s heart because his first daughter died from it at age 4. Even if the public’s opinion of George isn’t that high after he left office [his approval rating before he left was reportedly at an all-time low, for any president, ever], he’s still a kind-hearted man who has a lot of care and compassion for children.

George also underwent his own health scare last year, when he moved into the ICU after an intense fever. However, at almost 90 years old, Bush has continued to be extremely healthy for his age, and it’s an impressive feat considering the stress he went through in his two terms as President.

He’s also been staying off the public’s radar after his term ended, unlike the Clintons, who have stayed visibly public after Bill Clinton ended his term and Hillary Clinton remains active in politics. Most people don’t even know that George still has a Secret service detail, and one might be wondering why he does, since he’s no longer the president. Well, every former president continues to have a team, even after they have ended their terms, largely because there are terrorist groups and other psychos who will want to target any former president of the US, even if he’s not in office.

Regardless, it was incredibly sweet of him to shave his head in solidarity with Patrick. Do you guys agree? Let us know your thoughts in the comments. 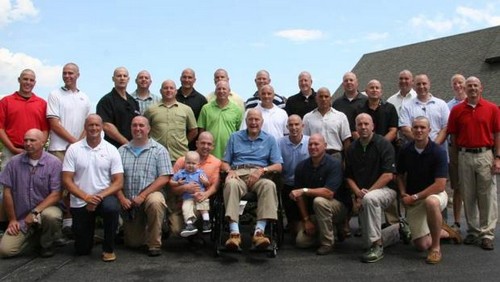