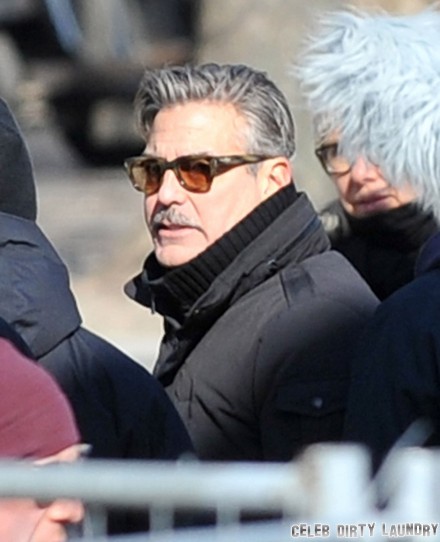 Hollywood has had its share of leading men, but there are very few who are as well liked and influential as George Clooney. His success is a typical Hollywood story of working your way up and never giving up on your dreams – eventually, you get lucky and you make it. However, in the case of George, there were also several rumors that continued to dodge him on his way up and now that he’s a bona fide A-list star, those whispers have quieted down a lot. But they haven’t gone away completely. What whispers, you might ask? Well, the ones of him being gay, of course.

George’s relationships are always in the spotlight, as is his love life. By now, we’ve seen that he’s against getting married, and he’s not really looking for a long-term commitment. Some say that it’s because he just doesn’t see the point in marriage when he can just have fun – fair enough, and honestly, to each his own. However, a LOT of people believe otherwise. They think that George is actually gay, and that all of his recent girlfriends were just his beards.

A new blind item that was released from Blind Gossip seemingly points to him, (or Ryan Seacrest, but that isn’t even news, is it?) with all the clues fitting his lifestyle and public persona. But – the blind item states that he’s bisexual, not gay. The report goes on to name a series of clues, which we can match and see what holds true.

In public, our A-list movie star only dates beautiful women – check. Elizabetta Canalis, Stacy Keibler, Sarah Larson. The conditions of his relationship with them is that he’s allowed to see whoever he wants on the side, including men, but she must remain exclusive. And of course, not say anything, especially after the relationship is over.

Then, the next set of descriptors are, “He’s good looking. And famous. And very rich. And very connected.” Pretty much all of them fit Clooney to the T – handsome, famous, rich, and connected. The last thing added is pretty much the clincher though – it states that the fact that Clooney is connected doesn’t help any of his ex-girlfriends/girlfriends. Let’s take a look at his girlfriends and where they are now – Elizabetta Canalis – last we heard, she was modeling somewhere, and pretty much off the radar. Sarah Larson – well, no one even knows what she’s up to. Stacy Keibler – well, Keibler is still with Clooney so she’s safe for now. But her career hasn’t really experienced a significant bump, even though her profile in the media has. So what happens when she and George break up? Well, she goes back to whatever she was doing before.  So all the clues seem to fit George Clooney. What do you guys think?