George Clooney Denies Monika Jakisic Fling: Is He Still Together With Stacy Keibler? 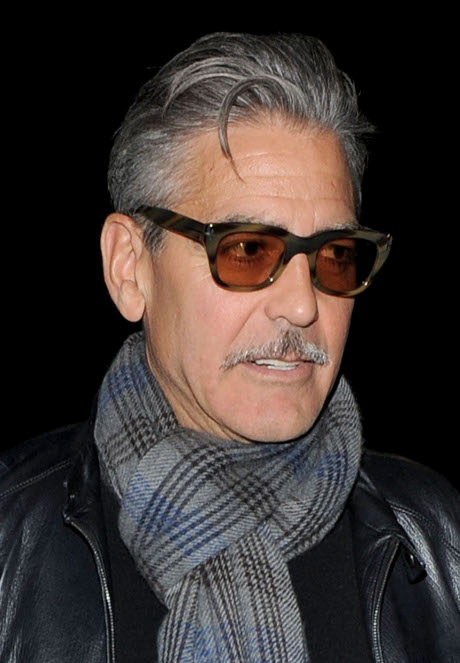 So there are tons of conflicting reports about this, and the question now is: Did George Clooney/Stacy Keibler breakup? In Touch Weekly reported earlier today that George and his ex-fling/hookup Monika Jakisic were holding hands outside of a members-only club in London. Now, there are pictures corroborating the fact that George and Monika were, in fact, at the club at the same time. But there were no pictures of them together – but again, that doesn’t necessarily mean anything.

Now, George took great pains to address the rumors of him ‘holding hands’ with Monika, with his rep releasing a statement on his behalf, saying, “The story is made up. I wasn’t holding anybody’s hand. Stop trying to sell magazines by creating scandal that isn’t there.”

Ok, if this was one of those D-list reality stars or even a B-list actor/actress, I wouldn’t raise an eyebrow. This is George Clooney though; there are hundreds if not thousands of stories about him in the tabloids every year. Why is it that he chose to address this rumor, out of every other one out there?

One could say that he’s finally getting tired of the tabloids making things up, but I don’t think that’s the reason. Is it possible that he’s still with Stacy and doesn’t want her to think there’s anything going on with someone else? Or is it that he doesn’t want us, the public, to think he’s cheating on his girlfriend?

There’s lots of interesting and conflicting conclusions to be drawn from his statement, but one thing’s for sure – celebrities don’t comment on stuff like this without an ulterior motive. What do you think? Let us know in the comments.