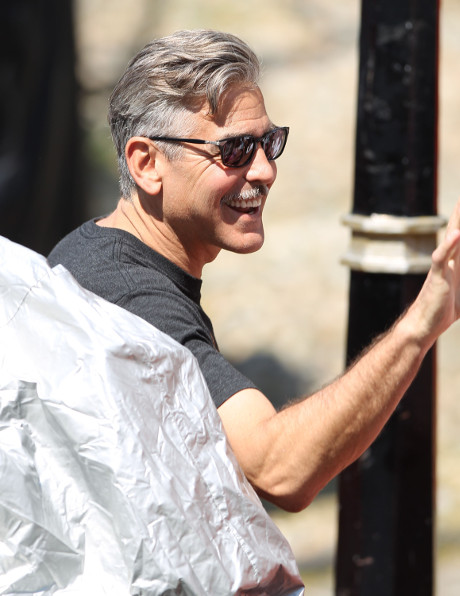 After much speculation regarding the status of the George Clooney & Stacy Keibler relationship, sources for Entertainment Weekly have confirmed that the couple has ended their time together, which lasted for a substantial two years. The breakup was supposedly a quiet one and friends close to the couple have stated that George and Stacy were friends before hooking up and will continue to be friends after the fact — well, we’ll see how long that lasts.

Friends opened up to People magazine (via ET Online): “Stacy called it quits. She wants to have children and a family someday. She knows where George stands on that,” the source said. “They talked and they quietly stopped being a couple several weeks ago. “They talk every day. They were friends before they started dating and they’ll be friends after. It was a friendly [breakup].”

George began dating Stacy after calling it quits with Elizabetta Canalis. George Clooney has made it quite clear that he’s not looking to settle down — ever. So how much luck will he have will future partners, most of whom will be looking to settle down at some point or another? Who knows, but we’re interested to see who Clooney finds next!

The rumors of the couple heading into Splitsville began circulating after the couple was noticed spending so much time apart. They didn’t celebrate the Fourth of July together and people noticed they hadn’t spent time together since March. Turns out the rumors were true and the couple had been separated for a while — attempting to make the split as silent as possible.