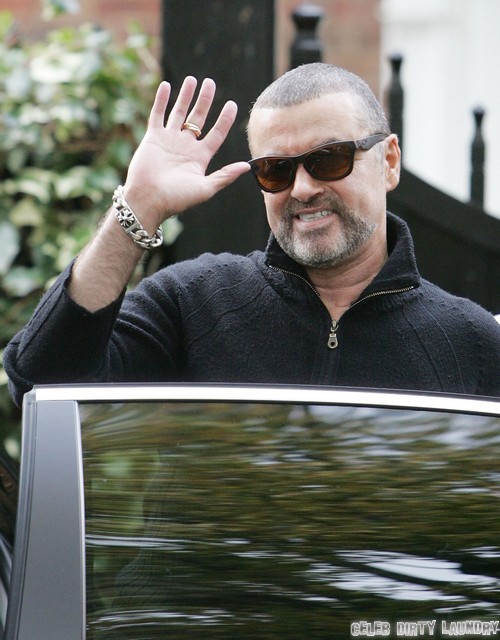 Perpetual British bad boy, George Michael was in a pretty bad car crash yesterday and had to be airlifted to the hospital! Details appear to be a bit sketchy but what is confirmed is that George was a passenger in a Range Rover that was driving on the M1 Motorway, a huge highway in England. Apparently the vehicle crashed and while no other vehicles were involved, George’s injuries were pretty bad.

According to a member of the emergency response crew that responded to the 5:50pm accident,

“[George] sustained a head injury and following treatment, stabilization and immobilization by land and air ambulance crews, he was flown to the hospital for further care.”

There is some discrepancy from George’s spokesperson who insists that he is just fine and has only suffered some superficial cuts. We also have no idea who was driving the Range Rover. Here’s my question: do you think drugs or alcohol were involved in any way with this crash? I mean, no other cars were involved and a busy freeway there is usually a second car involved in an accident so it sounds like something weird happened here!

Do you think that George is doing okay for real or is this an instance of his handlers trying to downplay his injuries so that his fans don’t worry too much? He has a serious history of getting himself into trouble and almost always drugs or alcohol have ultimately played a role. Will this be another of those occasions? Will George be bouncing off to rehab yet again sooner rather than later? Tell us your thoughts in the comments below!