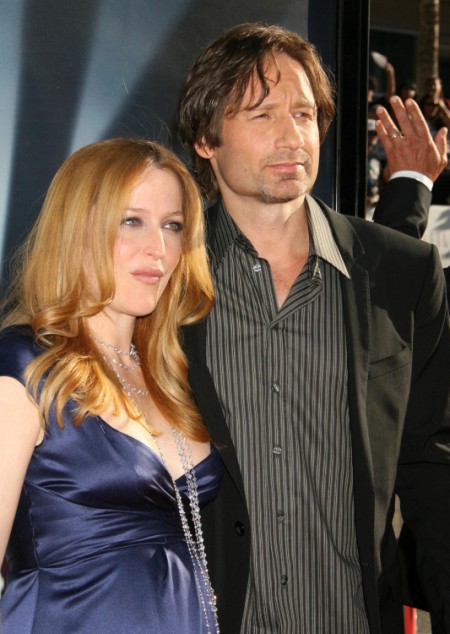 Gillian Anderson and The X-Files go hand-in-hand, like two lovers who once built their lives around moonlight and shooting stars and Sylvia Plath. Anderson and The X-Files were inseparable, but her time on the show came to an end and her career dived into the deepest pits of post-90’s depression. Gone were the days of burning men and smoking men and alien men and a soundtrack that symbolized an entire generation of unorthodox teenagers.

According to Vulture, Anderson has landed the starring role in an upcoming, untitled NBC thriller. The Hollywood Reporter describes it as a “conspiracy drama [that] centers on an unlikely puppeteer who will bring everyone from CEOs to the president of the United States to their knees by threatening the things they hold most dear.“

(In other words: Kris Jenner’s plan for world domination).

Let’s backtrack, shall we? During The X-Files’ reign of brilliance, Anderson and David Duchovny worked side by side for many years. Several X-Files aficionados rooted for the pair to become real-life lovers, but they didn’t budge. Duchovny married Tea Leoni, a small-time actress who died at the end of Deep Impact while she hugged her on-screen father and said, “Daddy…” (World destruction and a nasty asteroid quickly wiped the smile off her ingénue face).

The two divorced in 2011 amidst rumours of infidelity, sex addiction, and a whole bag of nasty. Soon after, gossipmongers purported that Duchovny and Anderson might be involved in a lustrous affair. And we believe(d) them.

Nowadays, with a teenage generation that loves incessant cheating (Gossip Girl), vampire sex (True Blood), vampire angst (Vampire Diaries), and vampire sparkles (Twilight), the spotlight shifted from Duchovny and Anderson’s tumultuous on-screen pairing and, in effect, broke the shackles that kept them apart. They are officially free to do what they want, with the exception of X-Files fans that cling to Duchovny and Anderson like a lost childhood memory.

The above mentioned pilot might be Anderson’s only escape route. If the attention shifts to a revamped career and an underdog-making-it-big-again, Anderson and Duchovny might just be the darling couple we all want them to be. Audiences are fickle, and they love to hate, but a boost in Anderson’s rep will cleanse her of the judgment and the nitpicky rumours following her around on a weekly basis.

In conclusion, Dana Scully is about to get her bitch on again – with or without the acceptance of her adoring haters.