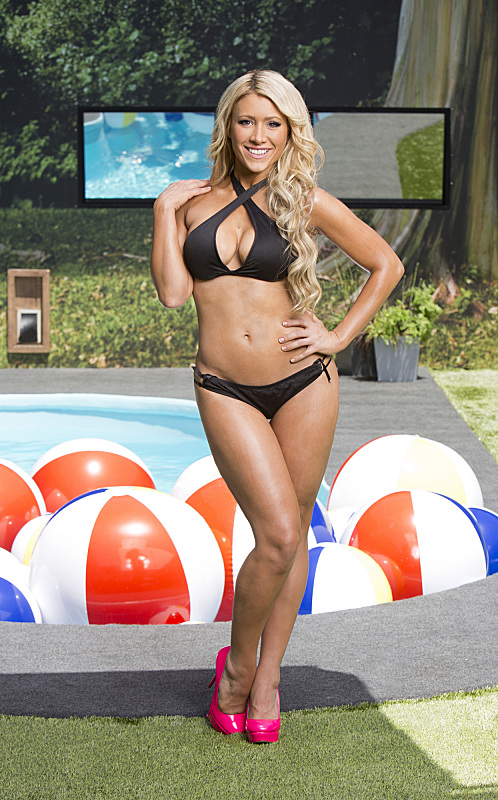 What is it about Big Brother that inherently lends itself to racism? Every time a new season begins, the majority of the controversy seems to surround racism. I guess when you put a bunch of racist idiots together, that’s what ends up happening.

The latest instigator of idiotic racism is GinaMarie Zimmerman – the Big Brother houseguest who has now been fired from her day job for saying the N-word on TV. Obviously, these idiots sometimes don’t realize that Big Brother airs on television and everybody in the country is watching them – or maybe they just don’t care, and will do anything for their fifteen minutes of fame.

Either way, GinaMarie is going to be very surprised when she leaves the Big Brother household because she has been fired from her day job as the pageant coordinator for East Coast USA Pageant. The main reason for this firing? Well, other than GinaMarie’s regular racist rants, she was also captured saying that welfare was ‘n**ger insurance’.

Obviously, the reps for East Coast USA Pageant want nothing to do with her, releasing a statement saying, “We have never known this side of GinaMarie or have ever witnessed such acts of racism in the past. We are actually thankful that this show let us see GinaMarie for who she truly is. We would never want her to be a role model to our future contestants. In a business where we are surrounded by beauty every day we are saddened to see something so ugly come from someone we put on a very high pedestal.”

Apparently, everyone over at the company is very upset because they had actually been encouraging all of the employees to vote for GinaMarie, thinking that she was ‘going to be a role model’. Boy, were they in for a rude awakening.

What do you guys think about GinaMarie’s comments? Are you happy she was fired? Let us know in the comments.