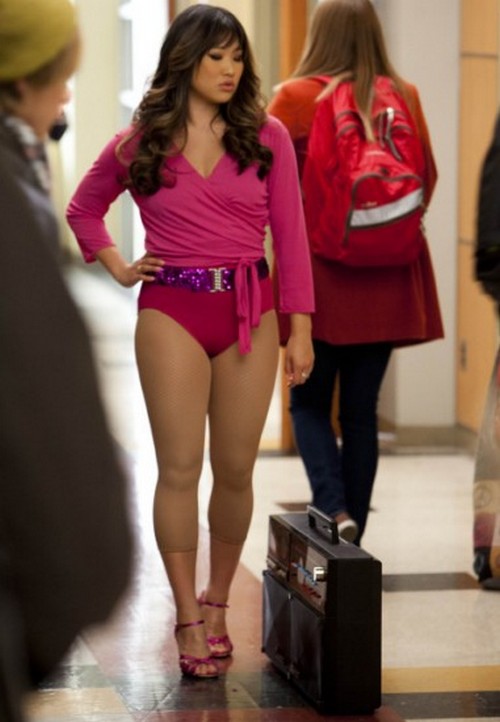 GLEE returns to FOX tonight Gleeks! On tonight’s episode called, “Diva,” when you hear the word diva associated with Glee, there’s one character who should immediately pop into your thoughts: Santana. Did you see the last episode before the hiatus? We did and we recapped it here for you.

On last week’s show the glee club put together a calendar photo shoot to raise money as they headed into Regionals. Meanwhile, Rachel won a part in a student art film, but the role poses a moral dilemma.

On tonight’s show Finn challenges the glee club to find their inner powerhouses for “Diva Week.” Meanwhile, in New York, Kurt can no longer take Rachel’s arrogant attitude and calls her out, causing tension between the two friends. Also, Emma is in a whirlwind preparing for her upcoming wedding.

I think we should prepare ourselves to be seeing much more of Quinn and Santana. Some people you just can’t get rid of. Even though they tried to get a new cast, we just can’t seem to shake off the old one.

Tonight’s episode is all about channeling your inner diva and the New Direction’s ladies kick it off wih a cool rendition of Beyonce’s Diva. Also on board for the theme is Blaine. He goes back in time and looks to Freddie Mercury as his example of a diva for Diva Week. Santana rolls back into town with her girlfriend Elaine and totally throws Britney into a tailspin.

Kurt is having a tough time in spite of earning his place at NAYADA some of the other students think he’s there for the wrong reasons. Rachel stands up for him but Kurt is really fed up with her arrogant attitude and doesn’t really want her backing him at all.

Blaine tries to help Tina channel her inner diva and comes up with a list of old school singers for her. Blaine has taken too much cold medicine and dozes off on Tina’s bed while she tells him that she’s in love with him. She figures being a diva means speaking up so she did it. Unfortunately he has no idea.

Kurt and Rachel have a NYADA sing off to Bring Him Home from Les Mis. It’s a tough call because they both do a great job but Kurt wins. Probably because Rachel has been acting like such a brat that it’s impossible not to notice.

Tina decides to go with perhaps the biggest diva and chooses a Madonna song for Diva week. Much to her surprise she wins the week and more importantly Blaine tells her she’s the most important person in his life right now. He asks her to be his date for Mr. Shue’s wedding and she’s thrilled.

Kurt and Rachel have a real talk and he tells her to bring on the voice but cage up the nasty diva behavior.

Finn has been helping Emma to prepare for her wedding and finally the stress gets to be too much. She starts tweaking out over details and he grabs her by the face, tells her they’ll work it out and then kisses her. Of course Finn flees after realizing what he just did. Santana and Britney finally talk. Britney tells Santana she knows that she isn’t dating Elaine and she knows that school isn’t working out. Britney tells her that she really does like Sam and that Santana should go and follow her dreams.