GLOBE: Camilla Parker-Bowles and Prince Charles Hate Each Other – Divorce On The Way 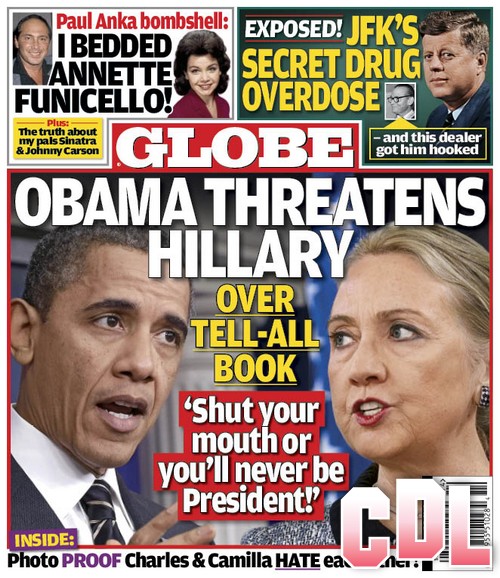 That feud between Camilla Parker-Bowles and Prince Charles only seems to be getting worse as each week goes by. The space between these two is growing larger by each passing day and there seems to be no break from the scathing animosity in sight. As GLOBE reported last week, things became so volatile after a fight over the Queen that Charles actually walked out on his perpetually drunk, aging bride. He ran off to enjoy a ski trip in Switzerland while Camilla stewed over what she believes to be the queen’s manipulations. She seems to think that Queen Elizabeth is using her various illnesses to gain sympathy and control the royal family. Charles, as ever the obedient son refused to hear of any such thing. He made it clear, according to GLOBE that mommy still comes before wifey and that caused Camilla to snap!

The April 8th print edition of GLOBE now contains visual proof that there currently is no love lost in the palace between this warring couple. The photos tell the story here and back up everything that the magazine has accurately reported in recent weeks. As Camilla’s behavior continues to push her husband away it is also shoving him straight to his son Prince William and Kate Middleton.  After all Camilla’s biggest bone of contention is with the love and adoration that royal watchers willingly bestow upon Kate. Even a lukewarm welcome to the family was never offered to the woman who was Charles’ mistress for over three decades, so seeing a younger woman steal what she believed should be her spotlight has felt like punishment to Camilla. A punishment that she needs to get revenge on. As GLOBE has repeatedly reported, her tactics are a constant failure and only a foolish woman would try to divide a father and his son who has grown to be a respectable man.

President Obama is certainly not a fan of Hillary Clinton’s new tell-all book.  According to the GLOBE he has behind closed doors warned her, saying in very clear terms, “Shut your mouth or you’ll never be president.” It has been predicted that Hillary may indeed make a run for the White House in 2016 and exposing dirty secrets is probably not going to be the best way to secure an endorsement.

So many Americans are still fascinated by the whole idea of Camelot and so any news on JFK is a big deal. GLOBE, as usual is exposing some things that were previously kept under wraps. According to the April 8th print edition, JFK actually suffered a drug overdose and they have the inside track on the whole story, including the man that was acting as his dealer at the time!

Way back when, Paul Anka was a huge heart throb that ran with some of old Hollywood’s hottest players. He decided to bring some of his more interesting stories to the GLOBE, of course. He claims to have bedded Annette Funicello and has lots to say about his days spent hanging out with Frank Sinatra and Johnny Carson.

This is just a very quick glimpse into what’s in store for you within the pages of the April 8th edition of GLOBE.  As usual they are ahead of the curve and reporting on things that other news outlets are ignoring. You’d never know the REAL drama going on inside of the palace walls if not for their accurate reporting! It’s no coincidence that the latest issue of GLOBE will drop before the other weekly magazines, as it’s the one that you’ll want to crack the binding on first and foremost!