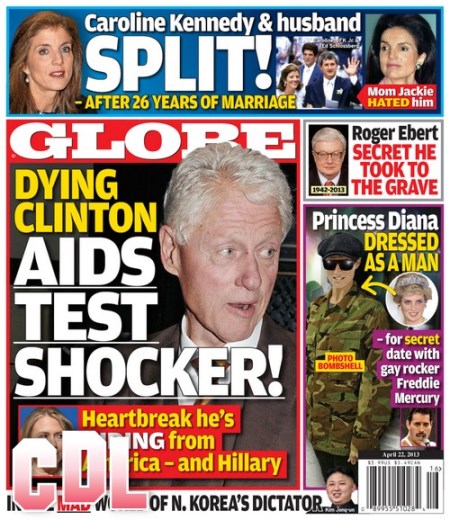 In their 26 years of marriage Caroline Kennedy and Edwin Schlossberg have tried to protect their privacy and to remain out of the public spotlight as much as humanly possible. Caroline, coming from a line of Kennedy’s is well-aware of the toll that a political career can place on a marriage and family life, opted not to actually run for a political office in spite of obviously wanting too. Instead she decided to carry on the family legacy of public service in different ways.  She and Edwin married back in 1986 and have had three kids together but it seems that at this point even the children aren’t a reason to stay together. There have been rumbling for years of marital discord and according to the April 22nd print edition of the GLOBE, Caroline and Edwin have finally decided to put an end to their marriage that ran out of gas years ago.

Ironically enough Jackie Kennedy handled all of the planning of Caroline’s elaborate wedding but truthfully, she was not a fan of Edwin’s!  You’ll have to grab the latest copy of GLOBE to find out exactly why Jackie thought that ultimately, Caroline could have made a much better choice in the husband department!

Kim Jung-Un is North Korea’s latest rabid dictator – he wants to destroy America and own the world  and GLOBE offers a look inside his madness in this week’s edition.

Leave it to GLOBE to dig up and unearth something truly unique regarding Princess Diana.  Apparently, the people’s princess actually went on a date with Queen’s front man, Freddie Mercury!  How did she pull that off? Well, by dressing like a man in camofluage and a nice set of shades, that’s how!  In order to accompany the gay rocker she dressed up as a dude and at the time, no one caught on!

GLOBE covers Roger Ebert’s sad death and reveals the secret he took to the grave!

Bill Clinton is hiding something heartbreaking from America and Hillary – GLOBE mentions on the cover that it relates to an “Aids Test Shocker!”  Whatever could it be?

This is just a very quick glimpse into what’s in store for you within the pages of the April 22nd edition of GLOBE. As usual they are ahead of the curve and reporting on things that other news outlets are ignoring or afraid to expose. You’d never know the REAL drama going on inside the world of famous celebrities if not for GLOBE’s brave and accurate reporting! As I sit back with my copy of this week’s GLOBE I’ll be treated to hours of entertaining and informative reading of the magazine I can trust!