Remembering Roger Ebert – A Tribute To A Unique Critic 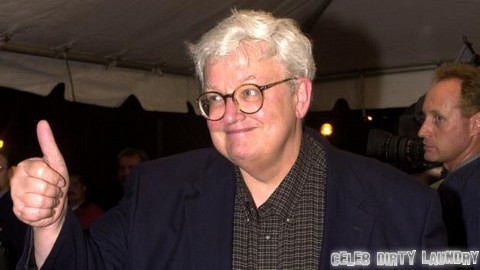 Roger Ebert – the prolific film critic, author, and television personality, who became the first journalist to win a Pulitzer Prize for movie criticism and, on his long-running TV program died Thursday April 4, 2013, after a long battle with cancer. He was 70.  Ebert proved that neither age nor disease could stand in the way of a pioneering mind.

Ebert had been a film critic for the Chicago Sun-Times since 1967. Ebert’s death – which was reported today – comes just two days after he had announced a “leave of presence” to deal with cancer, which was discovered after a bone fracture in April 2008. After cancer stole Ebert’s powers of speech, he turned to Twitter, becoming an instant sensation. The streams, the flow, the chatter, the sudden bursts of news, the gossip, time itself tweet-tweet-tweeting away.

His passing comes almost 46 years to the day after he took on the role of film critic at the Sun-Times (April 3, 1967), where it is estimated he wrote more than 200 movie reviews per year. Part of Ebert’s enduring appeal came from his distinctive voice; he had the knowledge of a film professor, but wrote and spoke like a moviegoer.

Despite his 11-year battle with thyroid cancer (sadly, losing his lower jaw and the ability to eat, drink, and speak), Ebert embraced the power of the internet (in fact, few know that he was an early investor in Google, earning him millions) and found his voice on the internet — writing his blog, Roger Ebert’s Journal. He explains in his memoir: “My blog became my voice, my outlet, and my ‘social media’ in a way I couldn’t have dreamed of. Most people choose to write a blog. I needed to.”

As his health declined, Ebert knew that the film of his life was coming to an end; but he was not afraid of dying: “I was perfectly content before I was born, and I think of death as the same state. I am grateful for the gifts of intelligence, love, and laughter. You can’t say it wasn’t interesting.” Two days before his death, the final sentence on his blog reflects his inspiring humility and graciousness: “So on this day of reflection I say again, thank you for going on this journey with me. I’ll see you at the movies.” Every movie lover needs a hero and we had our in Robert Ebert. Rest in Peace!!!