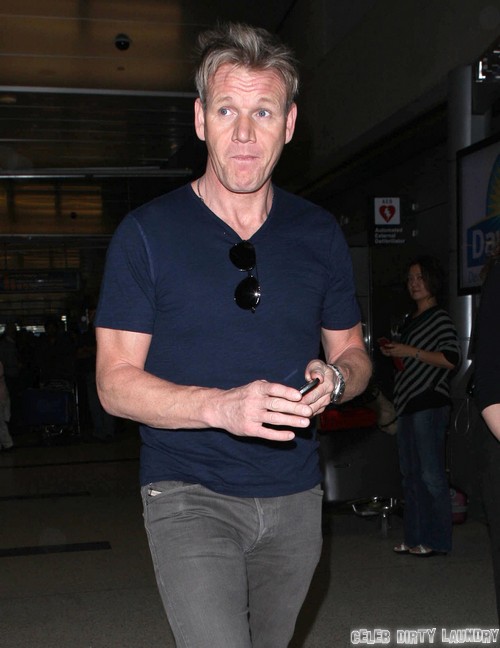 Gordon Ramsay is facing a class action lawsuit filed by his own employees. Surprise, surprise, being a bit of dick at times comes back to bite you in the ass. Former employees of Ramsay’s at his Fat Cow restaurant filed a lawsuit last week alleging that Ramsay failed to pay them minimum wage, failed to pay overtime wages, and also failed to provide meal periods.

Boy, Ramsay’s in hot water now, isn’t he? And since the plaintiffs are all seeking a jury trial, I think we’ll definitely see the trial trip in their favor. I mean, the public opinion of Gordon Ramsay is already low thanks to his public persona on Kitchen Nightmares, and Hell’s Kitchen and this will only add to it. Sure, it sells on TV, but doing that in real life is entirely different. He has the money to pay his employees, and trying to get out paying them is just reprehensible.

Staci Wolfe from Gordon’s PR firm contacted Celeb Dirty Laundry to explain that the lawsuit involves only former employees of the Fat Cow and that ‘previous management‘ is to blame.  She was kind enough to provide a statement attributable to Gordon’s spokesperson: “We are aware there was a problem with previous management which has since been changed, but this is totally unacceptable if (sic) any truth to it.”

What we have to say is that blaming previous management is a convenient excuse – Gordon needs to recall the pithy Trumanesque statement, ‘The buck stops here.‘

What do you guys think? Do you think the workers should all get compensated? And do you think that other workers from his other restaurants will start coming forward after this lawsuit? Let us know what you think in the comments.