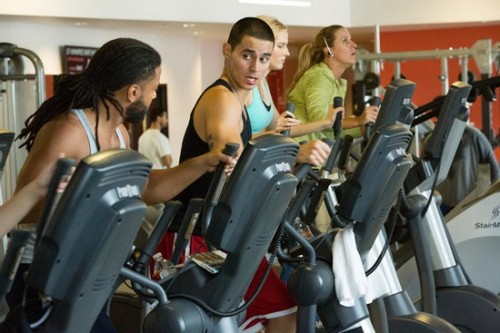 Tonight’s GRACELAND continues on the USA Network with a new episode, season 1, episode 8, called, “Bag Man.” On this week’s show Mike is forced to push his own limits for the good of a case.  Did you watch last week’s season premiere? We did and we recapped it here for you.

On last week’s Mike convinces Bello to steal from the most powerful drug cartel in Southern California and calls on Johnny’s unique underwater skills to help. Briggs helps Charlie go to extreme measures to cover-up her bad decisions in the aftermath of a bust that went very wrong.

On tonight’s show the newly formed Briggs-Bello alliance is tested when members of the Caza Cartel head north with a deadly ultimatum. During the aftermath, Mike is forced to test his limits for the good of the case.

I cannot wait for tonight’s episode 8 of Graceland last week’s episode 7 was fantastic.  The show airs tonight on USA Network at 10PM EST and we will be covering it with all the details.  So make sure to bookmark this spot, and come back for our live coverage of Graceland Season 1 episode 5 right here.  Enjoy the show folks!  While you wait for the recap, check out the sneak peek of tonight’s episode below!

Mike’s insider relationship with Bello is starting to pay off. He’s doing the drug drop-off. He’s now the guy that takes the drugs from supplier to all the low level dealers. The FBI tried to gat evidence of these bags but all they’ve found is both Mike’s and Briggs’s DNA. If anything they’re the only ones making mistakes carrying the bags. Although Briggs did look nervous after Mike mentioned his DNA and they were instances when he was left alone with the drugs. Is there something behind his the few seconds of hesitation?

Mike never caught onto Briggs’s self-doubt. He was probably occupied thinking about Abby. He’s supposed to protect his cover and this girl could ruin it for him. She’s already asking questions. Like why doesn’t he have Facebook and why she’s never seen where he lived? He managed to talk her down after she thinks he’s seeing someone else but things are only going to get more complicated for him.

That’s why Paige and Johnny wanted them to break up. He was doing the walk of shame when Paige caught him. She wanted to know who with and he lied. Mike said it was a rebound from Abby. He remembered the good advice DJ gave him. He has to separate his world at the house from everything else.

Dj does try to give the same advice to Johnny however Johnny is too embedded. He honestly believes the house is home and he won’t have DJ tell anything different.
Mike and Bello are at an abandon bank where the drugs are manufactured when they get confronted by a large group of gunmen. If it weren’t for so many innocent women dying the situation could have helped Mike out. Still can but no one can say thank god when the women that cut the drugs are dead. Earlier before the gunshots Mike was trying to get Bello to introduce him to the legendary Odin. The largest drug supplier that has so far remained mysterious. Bello was refusing and Mike said Odin was major security concern.

Now they have to handle a new problem. Bello’s men took prisoners out of the few gunmen that survived. Mike has to watch Bello torture him without dropping his cover. Charlie wanted to drag Mike out of there but Briggs overruled her. She’s not happy what Briggs did. She feels that Briggs is a habit of pushing things too far and this was just another opportunity.

While Mike did learn something big. Bello’s former drug supplier wanted to show him what happened when he betrayed them by going over to Odin. Mike was able to save the guy’s life, the one they tortured, although he did learn that Mexican cartel sent a guy after them. This guy is different. He’s has special reputation. His name is Jangles or more importantly he’s the guy that destroyed Briggs’s life. Later Briggs denies it yet Mike still suspects Briggs of keeping there only to find out about Jangles.

Charlie tells DJ and Johnny what happened with Mike and even they agree Briggs should have pulled them out. Afterwards Charlie takes Johnny aside. She wants to talk about Briggs. She brings up what happened when Briggs’s watch went out right around the time they were finally supposed to catch Odin. She believes Briggs is Odin because it’s simply impossible the way Odin has never been seen.

They go to Briggs’s C.I. place and find only the few bags of H. Johnny is instantly reassured and calls off their hunting. Charlie agrees without knowing that Briggs is hiding in the walls.

Mike has gone above and beyond to prove himself to Abby. He takes her back to Graceland. Then like an idiot he leaves her by herself. All she did was open the door and she sees Paige with a gun. Paige is able to explain away her gun but Mike can’t explain his. Abby leave after telling Mike he either needs to be truthful or don’t call her.
Paige takes Mike to task. He wants to be honest with someone and Paige forces him to hear how that Graceland only works if it remains a secret. Paige doesn’t hard on him but tells him he has to know which rules to break. In the meantime she’ll keep his secret.

Mike sets up a trap for Odin. He claims to Bello that Odin didn’t deliver the last batch of drugs. This would force Bello to meet with Odin personally. Charlie thinks it’s a great idea. It’s only Briggs that is upset. Why? It’s confirmed. Briggs is Odin. He’s a dirty cop.

He sets up a meeting with Bello to make another drop off. Everything was working and none of his fellow agents suspected anything until Bello blew their secret hiding place. The agents rush in and Briggs has to make sure no one sees him. He attacks Mike from behind and knock him out. Then pretending to be the hero he reports in about finding an unconscious Mike with Odin miraculously making his escape.

Mike remains happy. He thinks he may have broken some of Odin’s ribs. A fact he shares with Briggs whose suffering in silence. Now only one thing left to solve. Was Briggs always dirty or did he become dirty in order to catch Jangles?