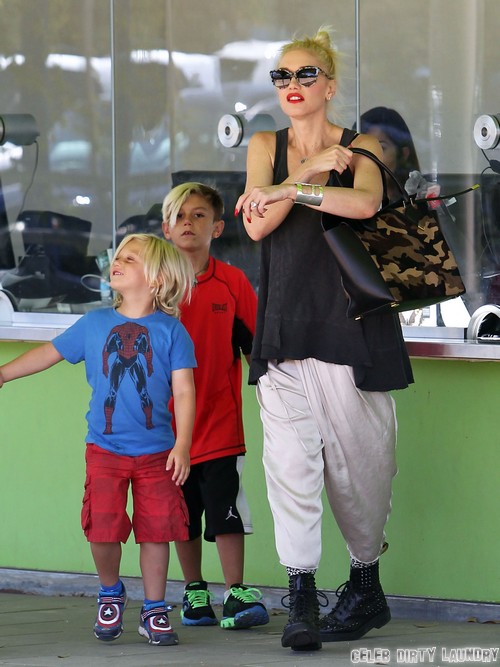 A few suspicious photos popped up recently of Gwen Stefani while vacationing and she looked a little bit different. The rocker is known for her killer abs so even the slightest bulge is going to cause chins to wag but it seems baby news is real as she and Gavin Rossdale are said to be expecting their third child. The couple are already parents to Kingston, 7 and Zuma who is 5. Last year Gwen spoke candidly in an interview about trying for another baby a few years ago and she said that it just didn’t work out for them.

Ironically the last time we really talked about Gwen and Gavin it was because they were clearly going through a rough patch. She was spotted crying in public and they were spotted leaving a marriage counselors office. It looked like divorce was in their near future but instead the rockers must have patched up whatever they were dealing with. Not only did they fix it but then they sealed it with another baby!

Are you surprised that Gwen is pregnant? That interview made it sound like she had given up on the dream of baby number three for a whole list of reasons. Do you think that they were trying or is this child a total surprise? Gwen has yet to confirm the pregnancy but according to The Daily Mail she is spending the early weeks resting a lot to ensure that her body can handle carrying another child at 43. Will Gwen and Gavin finally add a daughter to the family? Tell us your thoughts in the comments below!