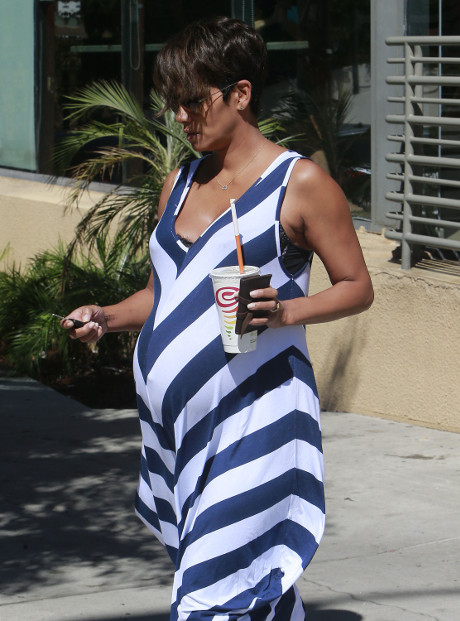 Halle Berry and Jennifer Garner really worked tirelessly to get this anti-paparazzi bill approved, and it’s actually one of the best moves they’ve ever made. With this new law, any paparazzo accused of harassing a kid will be able to get fined up to $30,000 and also go to jail for up to a year. It will also be possible for the parents of these children to seek civil liability, which means that celebrities who have paparazzi following them and their children can easily have these paparazzi arrested.

Halle even released a statement after the bill was passed, saying, “I am forever in awe of the support I got within my community from the enormously talented musician Adele to fellow actor, Jennifer Garner, who traveled with me to Sacramento to share her children’s stories, experience, and her desire to give them a better life.”

Sandra Bullock, who didn’t appear at the hearing, but is one of the celebrity parents who often gets followed with her kid, told Entertainment Tonight, “It was passed! I didn’t know it was passed! Are you kidding? That is amazing! [Before] we [were] fair game, do whatever you want to us, it [was] almost like child slave labor, it shouldn’t be photographed and sold. Let them be kids, don’t let them live in fear. If they turn 18 and want to be an actor, they’ve dug their own grave on that one. [Halle Berry and Jennifer Garner] went out and fought hard for it, and we’re grateful.”

The points that Sandra brings up are very strong. As actors, Sandra, Jennifer, and Halle all signed up for this. But they did not sign their children up for this, and their children certainly didn’t volunteer to be harassed. It’s not their fault their parents are celebrities, and they should be able to live in a way that is conducive to their privacy as children.

What do you guys think about the law getting passed? This will probably mean that paparazzi will just start using long lens to capture photos of celebrity children and celebrity families, as opposed to going near them and yelling things to get reactions. It’s definitely an improvement, even if there’s a long way to go before there are stricter guidelines concerning paparazzi behavior in general.