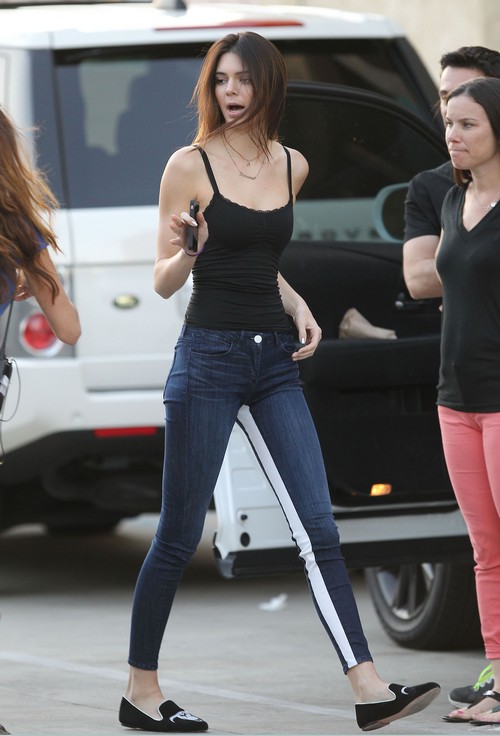 Oh, Harry Styles. What are you doing? When Harry was first spotted with Kendall Jenner, some people were hoping that it might just be a business meeting. Actually, I think they were hoping that it would be anything but a date. Alas, it’s starting to look more and more like it was something romantic, especially as witness reports start to pour in. Of course, these witness reports could be full of sh**, but it’s not promising.

One such eyewitness told Hollywood Life, “They had a booth in the back. They ordered one salad and one main entree of scallops for dinner. They shared both and ate off the same plate. Kendall was looking into his eyes the whole time, paying attention to what he was saying and laughing at whatever the conversation was they were having. Perhaps he was telling jokes.”

And because One Direction fans aren’t already suicidal at this news, the source even added, “You could tell she was really into him. It was nice, quite intimate, I might add. They were enjoying each other’s company.”

Well, the question isn’t about her being into him, it’s about him being into her. Also, this ‘eyewitness’ sounds suspiciously like someone from the Kardashian camp, especially since we’re getting so many weirdly intimate details on Kendall’s thoughts during the whole dinner. Like, what casual eyewitness would state that Kendall was ‘looking into his eyes’ the whole time, and ‘looked really into him’?

And it’s obvious why she would want this information out there. Barring the fact that she probably called the paparazzi herself, being linked to Harry Styles raises her public profile considerably. And now that’s she’s 18, plans for her future have already started shifting into gear, and Harry would only help that.