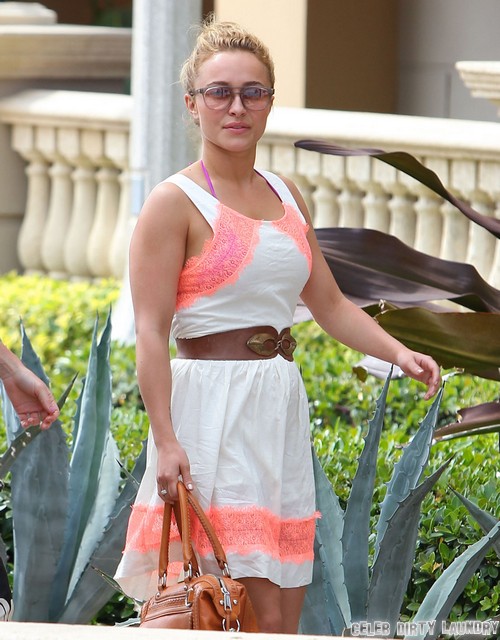 We thought that something was up when we heard the news that Hayden Panettiere had gotten back together with her ex-boyfriend Wladimir Klitschko. Now we are even more suspect after learning that it hasn’t been that long since their reconciliation and there are already rumors of an engagement. Suspicious?

Sources revealed that the actress drew suspicion with her latest interview with Glamour magazine. In her interview, she spoke of how she was born to be a mother. That was something that brought us to thinking that she may already been on her way! And she’s so tiny, it’s going to look like she swallowed a watermelon!

Hayden then continued: “Motherhood is the most beautiful, exciting thing, and there’s nothing that I feel like I can’t accomplish while having children in my life. I would sacrifice having more years of being wherever I want whenever I want for years with my kids.” Wowza, Hayden – what’s bringing all this motherhood talk on? Hmm, it’s sounding pretty obvious she’s expecting, don’t you think? or maybe not….

We’re going to have to agree on the pregnancy vibes. Why else would it seem that their engagement is so rushed right after they got back together? The rumors even suggest that there is a wedding in the works for this summer. We’ll be on the lookout for a baby bump! What do you think? Let us know your thoughts in the comments below!