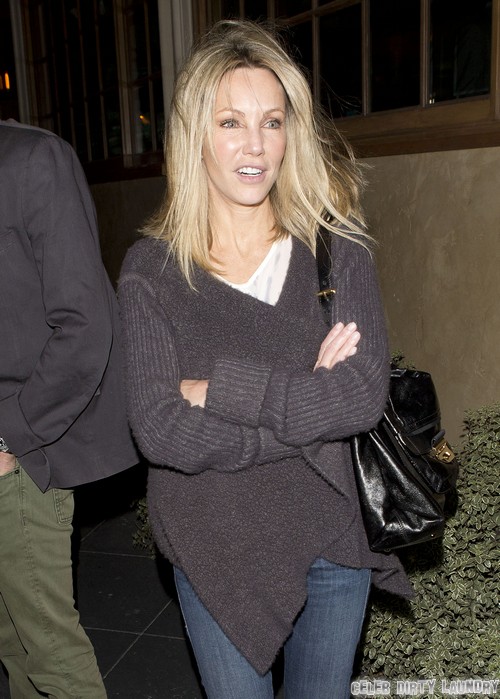 Heather Locklear was recently on Chelsea Handler’s show, and she revealed that way back during the early days of her career, she went on a date with Tom Cruise. This was probably before the church of Scientology began auditioning brides for Tom after realizing that he couldn’t find any on his own. In the interview, Heather jokes about how Tom ‘broke out’ his Risky Business dance moves, and she pretty much laughed in his face [I’m paraphrasing].

Heather basically explains that they met on an audition and when they went out, Tom was new to Los Angeles and didn’t really have many friends in the area.

She adds, “You know in Risky Business where he does that dance in his underwear? We were dancing in a club and he went into that. You just kind of stand there and don’t know what to do. Do you dance around him? It was weird. I just sat down.”

According to Heather, that was her first and last date with the superstar, but I’m sure she feels relieved that it didn’t go any further after seeing the recent developments in his love life. It’s almost strange – Tom Cruise can be so charismatic on-screen, but yet, he seems to be devoid of that same charm in real life. I don’t know if I should blame his ‘religion’ or just him. Because the Tom Cruise of Risky Business and Top Gun is no longer the Tom Cruise we see anymore. However, according to Heather, that wasn’t the Tom Cruise she saw either. Whether you’re a movie star or not, breaking out in a dance from one of your own movies is never a cool thing to do.

Do you agree? Do you think Heather should have given him another chance? Let us know in the comments.