Yolanda Pecoraro: Tom Cruise’s Girlfriend That Could Have Been! 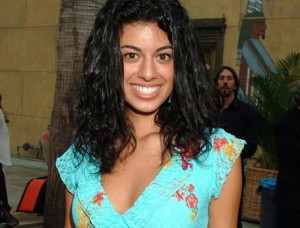 Meet Yolanda Pecoraro, Tom Cruise’s girlfriend that Scientology almost chose for him instead of Katie Holmes. Yep, Miss Pecoraro was one of at least two DOZEN women who were screened to date the Mission Impossible actor after his divorce from actress Nicole Kidman. Radaronline.com is reporting that Yolanda made the cut and did date Tom for a short period of time.

A source told the website, “The Church screened at least two dozen women to date Tom Cruise after his divorce. Tom had very specific demands about the type of woman he was interested in, including long dark hair, olive complexion and preferably an actress. Of course, he wanted her to preferably be a Scientologist too. The Church did set Cruise up with Yolanda Pecoraro and they dated in the summer of 2004, after his very public split from Penelope Cruz. The relationship with Yolanda lasted a few months, but Cruise grew bored with her, and wanted to date an actress that was known to the public.”

In other words, Tom knew what he wanted.

That report in Vanity Fair was claiming that Scientology leader David Miscavige’s wife Shelly Miscavige was hired to find Tom his next girlfriend and possible wife.

So how were these women approached or screened? Easy. They were supposedly told that they were auditioning for a new film starring Tom Cruise. After a series of questions asked, they were then selected based on their answers in regards to how much they adored Tom.

Of course, Scientology is denying that anything like this went on and they released the following to Radar saying, “This whole ‘audition’ story is a recycled tabloid story that first appeared four years ago, starting with Marc Headley feeding the story to Andrew Morton for his failed unauthorized biography of Tom Cruise. The Church has never conducted ‘auditions’ (or otherwise) to find a bride for a celebrity (or anyone else). Never. The Scientology religion does not have a ‘soul mate’ as part of its religious doctrine and we explain how becoming a parishioner can improve marriage through the religion on our FAQs at www.scientologynews.org. As we have said, the entire story is hogwash. It is sourced to Marc Headley who originally said in 2009 he never saw any ‘auditions’ but ‘heard about it.’ Later he said he shot the videos and most recently he told Vanity Fair he was the ‘head’ of the studio, yet another lie. (Maybe he will soon be the President of the United States — but save that for another article.)

Come on now though. Would the Scientologists really admit something like this was true? I doubt it. And after all these nutty reports over the years that have circulated about these people, how could they prove themselves wrong? I just don’t see it happening…like ever. Thank gawd Yolanda Pecoraro managed to escape the wrath of Scientol-Tom and his peeps.