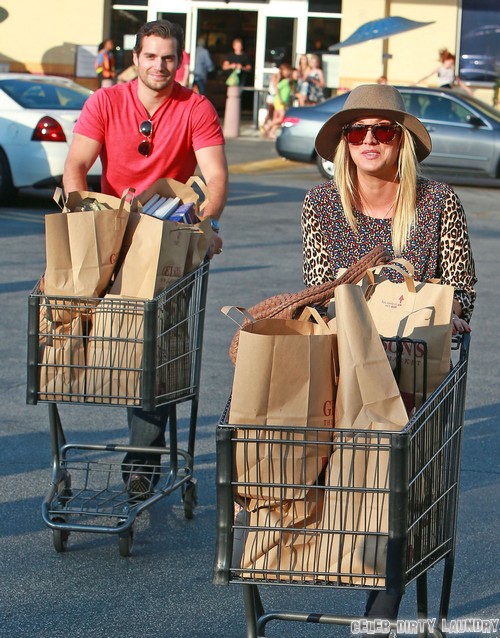 The Henry Cavill and Kaley Cuoco relationship news hasn’t gone over very well with fans of Henry. And to be fair to them, we’ve already covered this relationship in detail and the whole thing stinks of a PR-ship.

As we mentioned, Henry and Kaley are repped by the same PR firm, and they’re two of the highest profile stars under that PR firm. There’s also the fact that Man of Steel is a Warner Brothers film, and the Big Bang Theory is also under the WB banner. There’s too many coincidences for this to seem like a normal relationship.

We also covered the fact that Henry broke up with Gina Carano at the beginning of May and has been on a promotional tour around the world since then. He got back to LA less than a week ago. How the heck does he start dating someone in that time?

So obviously, we came to the conclusion that this was set up by their publicists. Henry and Gina broke up for whatever reason – maybe someone cheated on someone, maybe someone dumped someone, maybe someone felt like moving on, etc. – and Henry, after ten years of working hard to get to this moment, is listening to anything his reps are telling him. And maybe Kaley thought he was hot, and Henry also thought she was hot, and their reps were all like ‘Word, this works.’ Or maybe Kaley’s trying to segue into a big film career, and being Superman’s girlfriend finally provides her with the momentum she needs to kick off into the big leagues. Some fanboys were mentioning that [SPOILER] the open pod in Man of Steel could mean the presence of Supergirl/Kara Zor-El in the sequel/Justice League, and Kaley could be trying to get that gig.

I mean, this isn’t so out of the realm of believability. Gina Carano was rumored to be up for the role of Wonder Woman, and suddenly Henry Cavill and Gina Carano are dating. While I’d like to think that their relationship at least was natural since publicists didn’t really mention anything about it, it’s getting extremely difficult to buy that Henry and Kaley just ‘happened’.

Anyway, I wouldn’t be too surprised if we get pictures of Henry and Kaley soon, so we’ll keep you updated on this new romance. Let us know what you think in the comments.