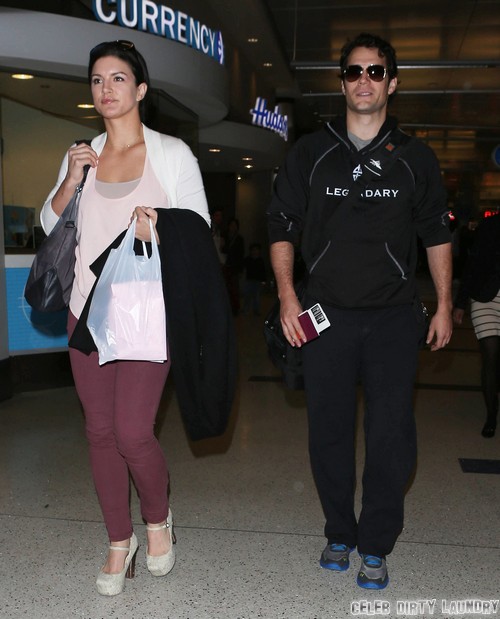 It was reported a couple of months ago that Tom Cruise had signed on to play the lead in Warner Brothers’ ‘Man From U.N.C.L.E.’ However, it’s now being reported that Henry Cavill, star of WB’s ‘Man of Steel’, will be taking over from Cruise.

According to reports, Cruise dropped out of the project because the filming schedule interfered with his commitments to Mission Impossible 5 [how many of those are they going to make?!]. WB has a whole roster of names to choose from, but it looks like they’re banking on Man of Steel making Cavill a huge star because they’re in talks with him to take over.

Now, despite what everyone says about Cruise, the guy is still a movie star. That doesn’t really mean much in the US anymore, but he can still open a film internationally. Case in point: Oblivion. It tanked domestically [well, for the most part], but managed to make the majority of its box office internationally.

Since WB is hoping that ‘The Man From U.N.C.L.E.’ will launch a franchise, it means that they’re really counting on Man of Steel to do well and for Henry Cavill to become a big enough name to headline a studio franchise. Sure, unknowns have headlined franchises before – but that’s usually when the franchise is established enough that the actor is not the draw for the audience, the brand is [i.e. most superhero movies cast unknowns, especially in today’s times when studios are becoming averse to spending money]. However, when the franchise itself is not based on a well-known brand or IP, then you need a hook to draw the audiences in. You think anyone would have gone to see Pirates of the Caribbean without Johnny Depp? Do you think anyone’s going to go see World War Z for any other reason that Brad Pitt?

Either way, this puts a lot of pressure on Cavill’s performance in Man of Steel. As the titular character, his career lives and dies by the performance of that movie. Luckily, advanced word of mouth is very strong, but you can never really know for sure. ‘Man of Steel’ releases on June 14th.