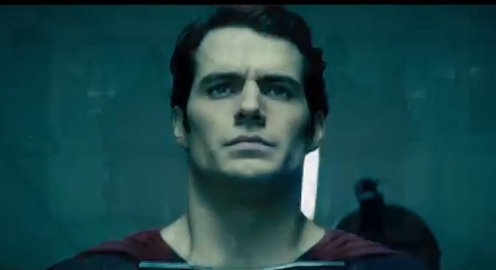 Man of Steel is in prime position to become this summer’s biggest blockbuster and follow in The Dark Knight’s footsteps, especially after Star Trek Into Darkness was managed to be incredibly underwhelming and Iron Man 3 . . . well, ok, maybe it will be the summer’s second biggest blockbuster.

The latest trailer for Man of Steel has been released, called ‘Fate Of Your Planet’. The trailer is accompanied by a terrifying voiceover from Michael Shannon’s Zod, basically telling Superman that he’ll f*** up Earth and its people if Superman doesn’t turn himself over. There’s nobody who can do terrifying like Michael Shannon can do terrifying, and I already have goosebumps from just listening to his voice in the trailer. I can only imagine what he manages to do with actual screen time in the film.

Either way, this trailer does a bang-up job of showcasing the visuals, explaining the story, and bringing across the emotion. The worry with director Zack Snyder was always to do with story and emotion, but it looks like Chris Nolan’s guiding hand was pretty strong because this looks a LOT like the Batman series in terms of tone. Add in Snyder’s skill at visuals [which has always been his best suit], and this film looks like it delivers on all fronts.

The best part of the trailer for me is any scene with Amy Adams, because I am SO excited that after all these years, Adams is finally getting her time to shine in a comic book blockbuster. She’s one of the most underrated actresses in Hollywood, and the body of work she’s built up is a testament to her talent. In just the few glimpses we get of Amy Adams’ Lois Lane in this trailer, it’s pretty clear that she does a great job.

And then of course, there’s Superman himself – Henry Cavill. Cavill’s not as well known as Adams or even anyone else in the movie. However, that anonymity works for someone getting introduced to the global audiences as Superman. Early reviews of the film state that it’s very well made and that Cavill does a fantastic job at portraying Superman.

So Superman fans, are you getting excited? For non-Superman fans, does this trailer do a good enough job of getting you excited for the movie? Let us know what you think in the comments.