Hilary Duff Spotted Grocery Shopping – Is This The Beginning Of Her Comeback? (Photos) 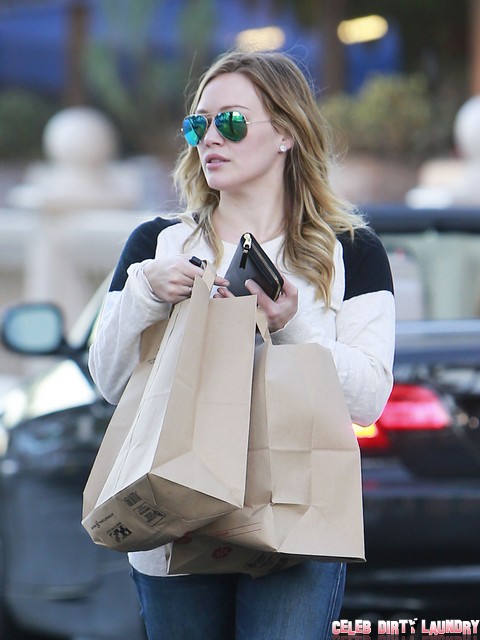 Hilary Duff, the teen star with a now defunct career, was recently out shopping for groceries being all Hilary Duff about it. Once upon a time, Duff was the coolest, hottest, and most sought after teen star in the world. Nowadays, Duff is a sixth page mention and a nostalgic symbol of a teenage generation.

The 25-year-old former superstar has since her glory days as Lizzie McGuire been keeping herself busy in other areas of the entertainment industry. She has released her own clothing line, wrote a series of young adult novels, and recently confirmed via Twitter that she’s back in the recording studio. This doting wife and mother will need a massive boost in order to have a quality comeback. She’s much older now and the generation that loved her as Lizzie McGuire is all grown up, so she would have to tap into a new demographic in order to make her comeback as successful as possible. This will be a hard feat to pull off, especially since many young music/film stars have taken over Hollywood in her absence.

Comebacks work only once. If it fails, Duff will be heading to the bargain bin at the grocery store, where she’ll be bought by younger, more famous starlets at a discounted rate.

It will be a tragic finale.