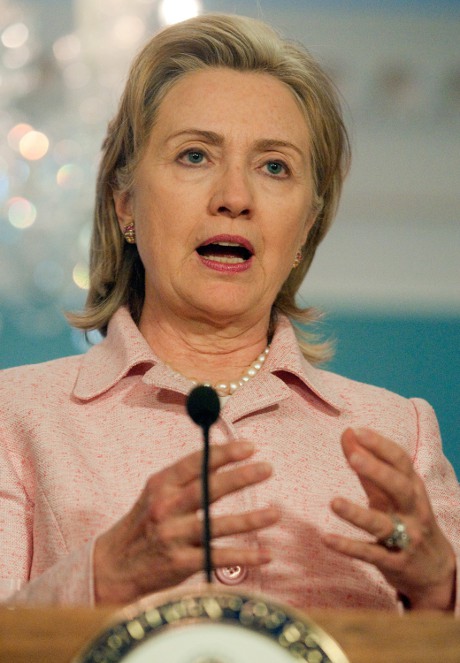 Hillary Clinton remains in the hospital as she undergoes treatment for a blood clot in the brain. Recently, Chelsea Clinton, after a brief visit with her mother, was spotted leaving the hospital in tears. Even though Clinton’s recovery is allegedly going well and all according to plan, Chelsea is still incredibly shaken up after by the whole ordeal. Hillary is currently residing in the New York Presbyterian Hospital, and this is where Chelsea was spotted exiting. Hillary has been in doctor’s care since Sunday after her medical team discovered a blood clot residing in the brain.

While no ailment involving the brain is a good thing, Hillary has some of the best care available and it appears as if she’s on her road to a healthy recovery. According to TMZ, doctors have placed Hillary on blood thinners in an effort to get rid of the clot so she can be on her way and get back to work.

Her medical and press team are insistent that the clot did not cause a stroke or any brain damage whatsoever, but people are somewhat hesitant to believe this — as we know, not all information that comes from the press is wholly the truth. She will continued to be monitored over the course of, probably, the next couple of days until she is cleared by her doctors to make the trip home and continue with her work.

If you take a look at the picture of Chelsea Clinton leaving the hospital by clicking here, you can see that she is visibly distraught and completely shaken up. We wish the Madam Secretary a speedy recovery and hope she’ll be back on her feet soon. For more information about Hillary Clinton’s blood clot and her hospitalization, head on over to this page. Stay tuned as we bring you more info regarding Hillary Clinton’s hospitalization.