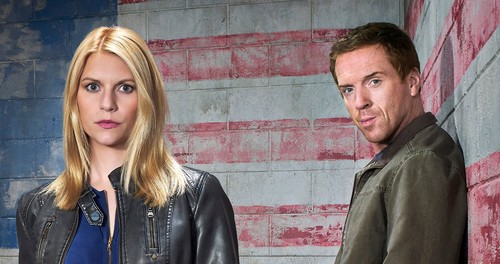 Tonight’s episode of HOMELAND was the bridge episode for Brody to start redeeming himself.  The question on everyone’s mind is whether Brody is trying to redeem himself or has he turned again.  I cannot wait for next week, good news, we have managed to get our hands on a sneak peek video and a few spoilers to whet your appetite as you wait  for next week’s episode 10 “Big Man in Tehran.”

On tonight’s episode Brody embarked on a high-stakes mission, but his fragile condition threatened the operation. What Brody did not know was that if he asks for asylum in Tehran Dar Adal had that covered he had drones with bombs.  Meanwhile, Quinn made an uncomfortable discovery about Carrie that she is pregnant; and Fara was forced to rejoin the team due to a sudden crisis.  Did you watch tonight’s episode?  We did and we recapped it right here for you.

Spoiler alert: If you’re one of those people who doesn’t like spoilers, stop reading now! We have some juicy spoilers for you about the season 3 episode 11 of Showtime’s “Homeland”

Official Showtime synopsis of next week’s episode: “Brody’s loyalty to the mission is going to waver when he meets a ghost from his past. In the meantime, Lockhart’s confirmation will loom. And Saul is going to stare into the precipice between success and failure.”

On next week’s show Brody asks for asylum and they are wondering if he has turned again and whether Brody is an asset or whether he is a serious liability. Carrie is freaking out because she just does not ant anyone to abandon Brody and you know she is going to try her best to make sure that does not happen.  It also seems like Senator Lockhart and Saul give the order to get rid of Brody.

Homeland season 3 episode 10, “Big Man in Tehran” airs on Showtime on December 8th, 2013. Check out the preview video below and some photos of season 3 episode 10 and let us know in the comments below what you think!  Are you enjoying season 3 of Homeland?