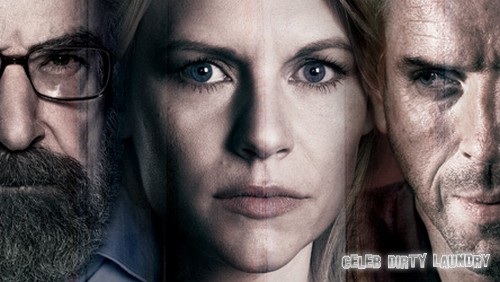 Tonight’s episode of HOMELAND definitely packed a punch.  We missed not seeing Brody but the scenes between Saul and Carrie were very emotional.  I cannot wait to see what happens next week.  Good news, we have managed to get our hands on a sneak peek video and a few spoilers to whet your appetite as you wait  for next week’s episode 2 “Uh… Oh… Ah…”

On tonight’s episode we saw that Carrie was back to the Carrie we saw in season 1, a lot of crazy going on with her.  There were some major emotional moments that went down between Carrie and Saul, and they packed a wallop.  For the first two seasons we were use to seeing Saul defend and care for Carrie so it was a surprise to see him basically turn his back on her.  We didn’t see Brody and we won’t be seeing him until the third episode.  If you missed tonight’s episode we have a full and detailed recap, right here for you.

Spoiler alert: If you’re one of those people who doesn’t like spoilers, stop reading now! We have some juicy spoilers for you about the season 3 episode 2 of AMC’s “Homeland”

Official AMC synopsis of next week’s episode: “Saul attempts to track down those responsible for the Langley attack and recruits an unlikely expert to follow the money trail. Meanwhile, Quinn takes matters into his own hands; Carrie learns who is really on her side; and the Brody family turn to therapy to mend their broken household.”

On next week’s show an embattled Carrie learns who is really on her side, and Saul attempts to track down those responsible for the Langley attack.

Carrie tries to convince everyone that she is the only one who is getting it right.  She tells everyone that Brody was not responsible for the explosion at Langley.  No one wants to believe her.  Saul wants to rein Carrie in because she is making herself a target.

It looks like Carrie is getting locked up again in the insane asylum and Quinn is not pleased with what is going on.  Check out the video below there is a whole lot more.

Homeland season 3 episode 2, “Uh… Oh… Ah…” airs on AMC on October 6th, 2013. Check out the preview video below of season 3 episode 2 and let us know in the comments below what you think!  Are you enjoying season 3 of Homeland?