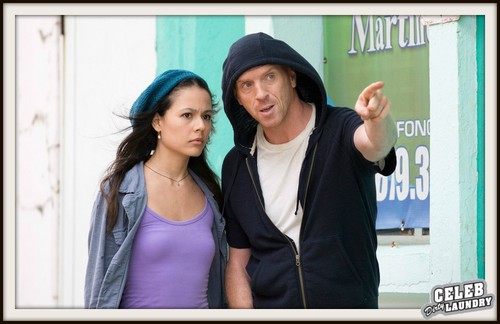 Tonight’s episode of HOMELAND was another one full of action.  The rift between Saul and Carrie got a lot bigger, think of the grand canyon.  Claire Danes gave another magnificent performance.  I cannot wait to see what happens when Brody appears next week.  Good news, we have managed to get our hands on a sneak peek video and a few spoilers to whet your appetite as you wait  for next week’s episode 2 “Tower Of David.”

On tonight’s episode  an embattled Carrie learned who was really on her side, and that was not Saul.   Saul attempts to track down those responsible for the Langley attack.  Carrie tried to convince everyone that she was the only one who is getting it right.  She tries to convince everyone that Brody was not responsible for the explosion at Langley.  Carrie was going to the press but Saul stepped in.  Saul wanted to contain Carrie so he used her bipolar disorder to lock her in the psych ward and medicated her.  Peter Quinn was not pleased how the CIA was treating Carrie.  We got more Dana time this week.  So if you liked last week with Dana, you will like this week too.  There was a lot happening on tonight’s show so if you missed tonight’s episode we have a full and detailed recap, right here for you.

Spoiler alert: If you’re one of those people who doesn’t like spoilers, stop reading now! We have some juicy spoilers for you about the season 3 episode 3 of Showtimes “Homeland”

Official AMC synopsis of next week’s episode: “Brody returns to his faith for guidance in an unexpected way when he finds himself facing increasingly desperate straits. Back in the U.S., Carrie struggles to connect with Saul when a mysterious man offers to help her but at a significant cost.”

On next week’s show Brody will finally be back and you just know there is going to be a big story around it.  Carrie is still in the insane asylum but it looks like a very ruthless Venezuelan may help her.  The question is what will be the cost.  Check out the videos and pics below there is a whole lot more!

Homeland season 3 episode 3, “Tower Of David” airs on Showtime on October 13th, 2013. Check out the preview video below and some photos of season 3 episode 3 and let us know in the comments below what you think!  Are you enjoying season 3 of Homeland?