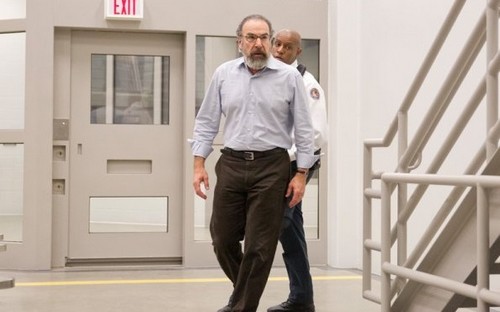 Tonight’s episode of HOMELAND was the penultimate episode of season 3 and we are racing towards next week’s finale with so much still up in the air.  I cannot wait for next week, good news, we have managed to get our hands on a sneak peek video and a few spoilers to whet your appetite as you wait  for next week’s episode 12 “The Star.”

On tonight’s episode Brody asked for asylum and they were wondering if he had turned again and whether Brody was an asset or whether he was a serious liability. Carrie was freaking out because she just does not want anyone to abandon Brody and you know she was doing her best to make sure that did not happen.  Did you watch tonight’s episode?  We did and we recapped it right here for you.

Spoiler alert: If you’re one of those people who doesn’t like spoilers, stop reading now! We have some juicy spoilers for you about the season 3 Finale of Showtime’s “Homeland”

Official Showtime synopsis of next week’s episode: “Season 3 will end with security forces closing in on Carrie and Brody, and Brody struggling to find redemption. In the meantime, Saul is going to plan a last-ditch rescue mission.”  The episode was written by Alex Gansa & Meredith Stiehm

On next week’s episode well we know that Brody is still alive from the synopsis, not that we were ever in any doubt he would be.  There will be trouble for Carrie and Brody next week.  It look like Brody is at the end of his journey and he knows he is not longer  marine, but will he finally be vindicated.  There have been many rumors that this season will be the end of Brody, but I would be very surprised if they killed his character off.  Thoughts?

Homeland season 3 episode 12, “The Star” airs on Showtime on December 15th, 2013. Check out the preview video below and let us know in the comments below what you think!  Are you enjoying season 3 of Homeland?  Has it delivered all you thought this season?