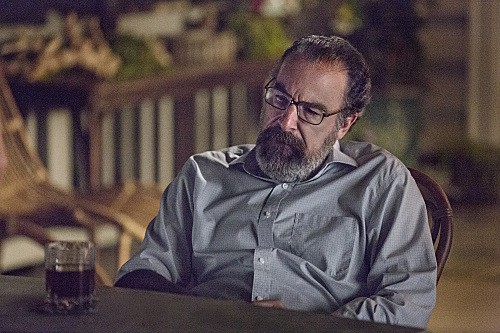 Homeland is, hands down, one of the hottest and most well-written shows on television at the moment — and Mandy Patinkin definitely agrees! Mandy, who plays the role of Saul on the hit show, says that the writers for this show simply blow him away and that the season 3 plot twist in the most recent episode tugged at his emotions.

“[The writers] blow me away. When I read what happened in the fourth episode which was aired this past Sunday, I’m a very emotional person,” he told CBS This Morning. “I couldn’t get over the creativity of the writing team. I mean, I read that … I couldn’t believe what they’d done.”

He continued: “I could see immediately the potential for it, but as I became more involved with it, the nerve it touched for me was the lost art of listening that I feel we suffer from everywhere in our country and our Congress, the world at large. I think it asks us on a family level — both the family of Saul, the Brody family, Saul and Carrie, the FBI, the people of the United States of America, the people of the world — to try to learn to listen to each other again.”

Saul and Carrie have always had an interesting relationship on the show, and Sunday night’s twist explained some of what’s been going on in past episodes and seems to have mended their struggling relationship. What do you make of this current season?