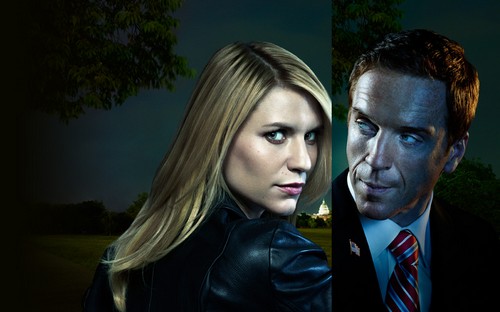 Homelaaaaaand. Homeland, the best show on television will be back in September, and it’s released a brilliant new viral teaser to go along with it. Ok, fine – one and a half seasons of the best show on television, and another half a season of shit. Let’s be real, the last half of the second season was a disappointment to even the diehard fans of this show, including me.

Anyway, I have high hopes that the third season will continue the trend set by the first season, and I hope, hope, hope that there won’t be any of the schlock, cheese, or ridiculous scenarios that plagued the last few episodes of Season 2.

This teaser isn’t giving us much in the way of new footage, but it does give us a glimpse into the state of Season 3. The audio focuses on radio-wave pick up, and you can make out panicked voices in the background, including Damian Lewis’ Nicholas Brody asking if Carrie [Claire Danes] knows he’s ‘there’, wherever there is. The showrunners of Homeland have already revealed that Damian won’t be present in the first two episodes of the show, which will largely focus on the fallout from the Season 2 finale, where Saul [Mandy Patinkin] is now running the CIA.

The writers have also not ruled out killing off more major characters this season, saying it’s a very high possibility that most of the supporting cast might not make it through to Season 4. Obviously, there’s no way they are getting rid of Mandy or Claire, but they might be hinting at a permanent good-bye to Damian. According to them, they were initially going to kill him at the end of Season 1, but they liked Damian so much they kept him around for Season 2 as well.

Anyway, are you guys excited for Season 3? It will debut on Showtime on September 29th, but until then, enjoy this teaser!