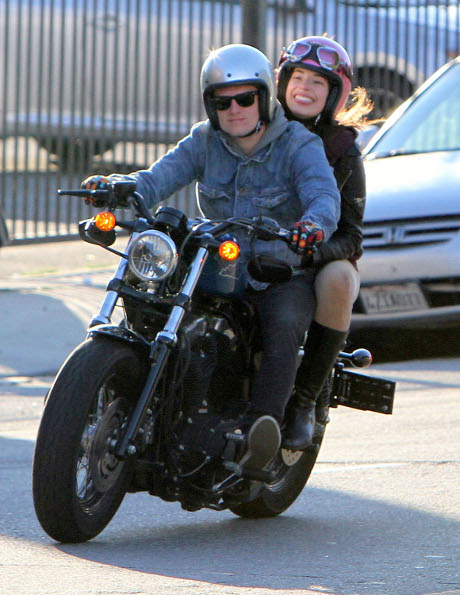 Hunger Games‘ Josh Hutcherson was stopped on the street by TMZ’s people and asked how he felt about co-star Jennifer Lawrence’s Golden Globe win. His answer was that of a true professional, but was it honest?  He sounded sincere, but he is an actor. Is he really that good at his craft?

When asked about Lawrence’s win, Peetah, I mean Josh, said he was totally proud of her and even attempted to call and congratulate the winner, but was unable to reach her. Apparently Jennifer was sick with the flu at the time and couldn’t be bothered to answer her phone.

So, was Josh seriously happy for her or was he taking a page from the Hunger Games script and trying to win the love of the people with that answer? It’s understandable if he was a little upset. Look at the facts.  Josh has been acting since he was 10 years old. Jennifer has been acting since she was 14 years old. Has Josh won any awards? Has Josh been nominated for any awards? There’s got to be some resentment toward Jennifer. I’m sure there was a bit of jealousy deep down inside, but all in all, Hutcherson may actually be a good person at heart.

What do you think readers?  Is Jennifer just the wiser person in choosing her roles?  Does Josh seem like the jealous type?  Do you think he’ll be uncomfortable when he comes face to face with Jennifer?  What should Josh’s next move be?  For starters, he needs to secure the role of a lifetime.  Unfortunately, there aren’t many hot roles out there for short guys.  That is unless you’re Tom Cruise.  Don’t give up, Hutcherson.  Your perseverance will pay off.  Good luck JHutch and may the odds be evah in yo favah. Watch the vid over at TMZ here.