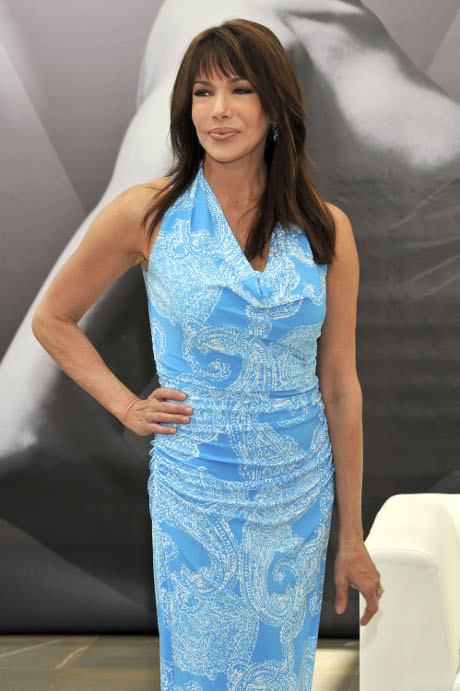 I guess if you play a character with a twenty year grudge match it’s easy to have it spill over into real life, right? Katherine Kelly Lang has been a staple of CBS soap The Bold and the Beautiful for nearly thirty years now and for the bulk of that run her character has been at odds with a character played by Hunter Tylo. The women have fought on-screen over men and off-screen a power struggle has been in full effect.

According to the June 3rd print edition of GLOBE, when show veteran Susan Flannery left the show by choice last December, the fight between the women began spiraling out of control. Apparently, Susan was close to both of them and always managed to bridge the difficulties to keep everyone civil. Now it has turned into a clear cut cat fight for queen bee status.

Katherine has always gotten fabulous story lines because, quite frankly, she sells them and B&B fans love her portrayal of Brooke Logan Forrester. Hunter has watched her air time shrink and feels that her character is being used only to help prop up the story lines of others and she got sick of it. When it came time to negotiate her contract, Hunter decided that she’d rather hit the pavement than spend another day playing second fiddle to Katherine.

In soaps we all know that characters come and go, so the chance of Hunter coming back to the show eventually is probably pretty good, but in the meantime will you miss her? Do you think that Katherine deserves her spot as queen bee on B&B? If one of these women was destined to leave for awhile are you glad that it’s going to be Hunter? Tell us your thoughts in the comments below!