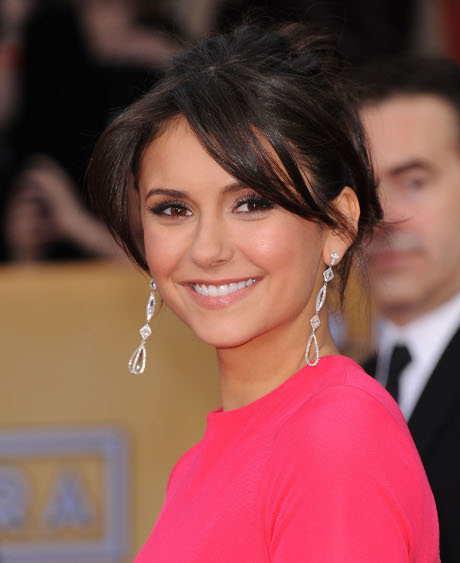 When Ian Somerhalder sat down with Andy Cohen on last night’s edition of Watch What Happens Live he was hit with a ton of interesting questions. Ian spent the last few days in Austin and stopped by to chat about a bunch of things. We all know that he has been dating costar, Nina Dobrev for a year and a half now but Ian was hesitant to use the word girlfriend to describe his relationship status. Instead he referred to himself as “Definitely not single.”

On Oscar night Nina had tweeted about it turning into a once-in-a-lifetime occasion which sparked engagement rumors. She and Ian were attending Elton John’s Oscar party together, which no doubt was a huge deal, but I’m pretty sure she has many Oscar parties in her future. An engagement on the other hand, would be once in a lifetime.

Did Ian hesitate to call Nina his girlfriend because she’s now actually his fiance, but they aren’t ready to actually go public with it yet? He seemed to really respect her and was extra cautious in his answers so that is leading us to think that there might just be some truth to the engagement rumors.

The couple has managed to work together, live at least part of the time together and then travel the world hand in hand. Ian says he loves how Nina just lives in the moment and appreciates what is happening in front of her eyes. Obviously there have been a lot of moments together that have bonded them in the last year or so. Do you think an engagement announcement will be coming soon? Remember, it took them a year to even admit that they were dating so this is a notoriously private couple! Tell us your thoughts in the comments below!