Ian Somerhalder and Nina Dobrev Back Together – Couple Reunite and End Split? 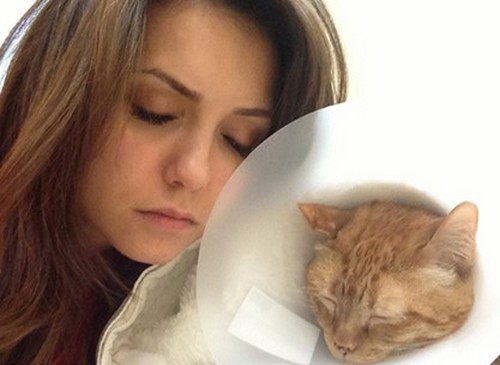 Nothing reunites estranged parents like a sick child and in the case on Nina Dobrev and Ian Somerhalder the child is of the furry variety. Ian found his cat named Moke while on the set of Lost and as his Twitter followers already know, the orange tabby may just be the love of his life. Nina is also a huge cat lover and is religious in tweeting cute kitty pics daily. She is also more inclined than Ian to clue fans in to what’s actually going on.

It was through Nina’s Twitter that we learned that she and Ian spent a long night at the kitty ER with Moke. She posted pics on her Whosay account of both of them posing with the medicated kitty who has since gone home to rest. According to both of them the cat is recovering just fine and all is well.

The last time we saw the couple they were clearly not on the best terms, but putting on happy faces to visit a sick young girl in Canada. Do you think that they are working things out and finding a way to fix whatever was driving a wedge between them? They had been connected at the hip for about a year and a half, working, traveling and doing personal appearances together. Then once Oscar night wrapped up they completely dropped out of sight for about six weeks.

Are Ian and Nina working on a reconciliation or simply a friendship? Or do you think that they’ve purposely decided to drop off the radar as a couple to protect their privacy?  Don’t forget they spent nearly a year dating on the DL so they could decide it’s better that way! Tell us your thoughts on this popular duo in the comments below! 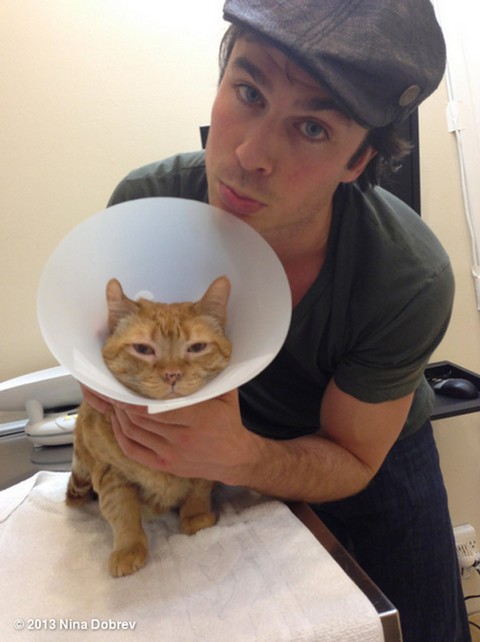