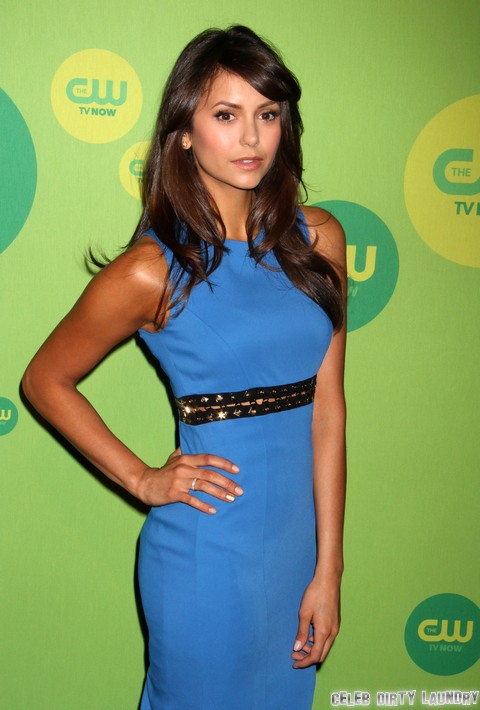 Nina Dobrev and Ian Somerhalder have just broken up, but don’t think that they’re letting that affect their professional lives. They have always stated that they are not going to let their private lives affect their work, and it appears that they’re sticking with that sentiment. For the first time since their well publicized breakup, Nina and Ian came face to face during the CW Upfronts in New York City today.

According to reports, they didn’t go out of their way to avoid each other, but seemed to avoid being photographed together. A source says that they stayed away from the red carpet, but adds that they both joined the CW network’s president Mark Pedowitz on stage [FYI, TVD is CW’s highest rated show].

The source explains, “They flanked him on each side, said hi to the audience and walked off stage, leaving Mark to deliver his address to advertisers. As they walked off stage, Nina was a stride or two ahead of Ian.”

However, both Nina and Ian ran into each other after the presentation. The source explains, “Nina and Ian were side by side and chatted with each other briefly before they all left the stage. They seemed friendly — not awkward at all.”

Well, at least they are sticking to their word to remain ‘consummate professionals’ and not letting their breakup affect the network or the show. Considering that the Vampire Diaries remains the CW’s flagship show, they might be under very strict orders not to mess anything up.

What do you guys think? Will Nina and Ian be able to work together and do love scenes together without any awkwardness? Let us know in the comments.