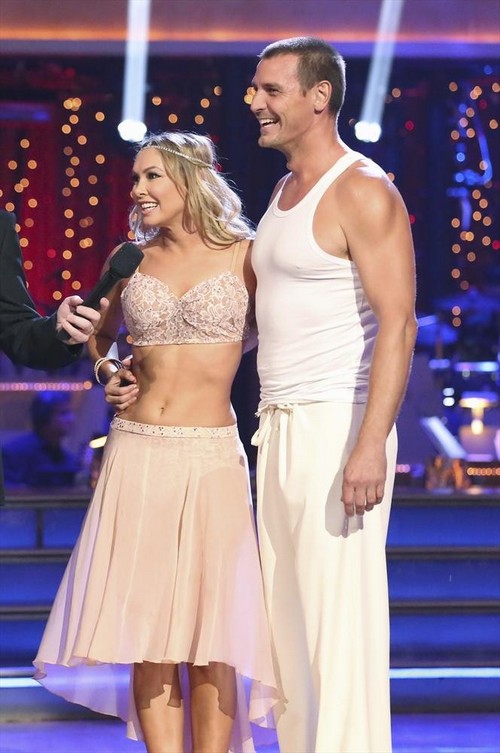 Ingo Rademacher danced a Quickstep, on the second episode of Dancing with the Stars: 2013 performance show tonight.  The competition heats up tonight on Dancing with the Stars this week when the first couple faces elimination.  On this week’s show the couples will be fighting for their survival and performing a Jive, Quickstep or Jazz routine. If you missed the show, we recapped tonight’s show for you and if you want to see how all the couples did go HERE!

Ingo Rademacher and professional dancer Kym Johnson dancing a Quickstep.  Kym had this to say about tonight’s performance, “This week we’ve got the quick-step!It’s going to be important for Ingo to maintain a great frame and posture tonight, since this is a ballroom style of dance. My goal for this whole season is to make Ingo shine and allow him to bring the best out of himself. So far, I think he is succeeding.”

Judges’ Comments: Len: “Much improved, last week I wanted to see if you can dance and you can.”  Bruno: ‘That was really a bonanza of difficult steps.  Because it was so difficult at times you messed it up.  But over all way to go!”  Carrie: “I thought your frame was the problem, you are easy to watch.  I think that is what caused you to go out of sync.”