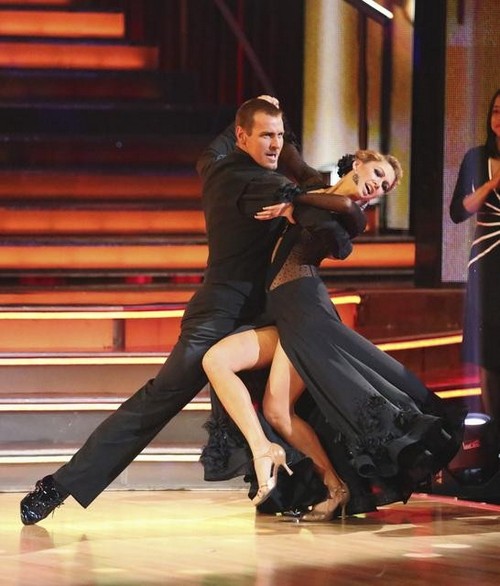 INGO RADEMACHER danced a RUMBA on the seventh episode of Dancing with the Stars: 2013 performance show tonight.  On this week’s show the seven remaining couples hit the dance floor for the ever popular, Latin Night.   The couples will perform to a Latin-inspired hit.  If you missed the show, we recapped tonight’s show for you and if you want to see how all the couples did go HERE!

Judges comments: Bruno: “Ingo, Ingo they say that hips don’t lie, in your case I wish it could.  The hip action has to be fluid.  It started as a slow simmer, but you lost the timing.”  Carrie Ann: “I am sad, your form was great.  Bruno is right you missed the fluidity and then the sensuality left.  I felt it was lacking a bit of the connection.”  Len: “This was a bit like the Lakers you gave it your best shot but it did not deliver.  I thought your lines were good, this is a difficult dance and overall I thought it was good, not great!”