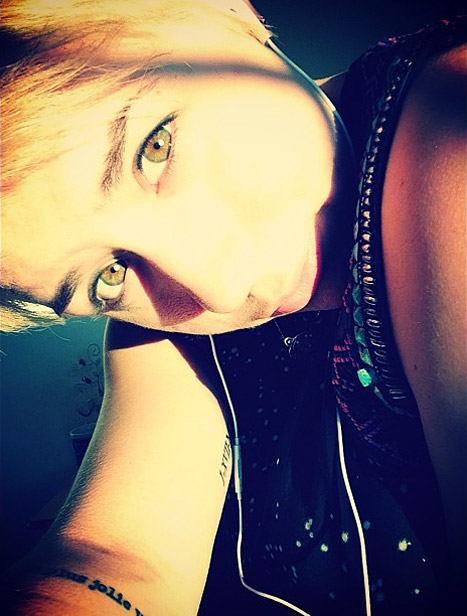 After years of changing hairstyles, Tom Cruise and Nicole Kidman’s daughter Isabella Cruise debuts her most daring haircut yet. She has chopped off all her hair for an inspired pixie cut, reminiscent of Miley Cyrus or Emma Watson’s short hair.

Lately, it seems more and more like Isabella’s starting to come out of her shell, after years of not seeing her in public or hearing about what she’s been up to. Of course, a very large part of that had to do with Isabella’s connection to Scientology, but Isabella’s slowly started to cut off all ties to that ‘religion’.

Several recent reports state that when Isabella’s musician boyfriend Eddie Frencher stepped away from that cult, Isabella made the decision to follow him, despite it being clear that her father’s allegiance was still with Scientology. The reports also state that Isabella’s started to become close to her mother, Nicole Kidman, after spending less time with Tom as a result.

Of course, Tom’s probably not been reacting to this news all that well. First, Isabella chooses freedom and Nicole over him right after he loses Katie [Holmes] and Suri, and now she’s cutting off her hair and opening up to the public. Tommy’s not going to like the fact that so many members of his family are slowly leaving his grip of control, and exercising their free will. And to be fair, it’s not so much Tom’s control than it was that crazy cult’s control.

You have to admire Isabella for finally breaking free, and living life the way she wants to live it. She has a new haircut, and hopefully she’ll be able to live a new life away from any lingering influences of Scientology and its members.