BY Annemarie LeBlanc on May 20, 2013 | Comments: 3 comments
Related : Dancing With the stars, Dancing With The Stars Season 16, Performance Videos, Reality TV, Television 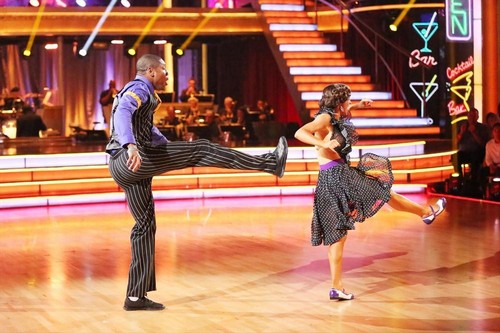 JACOBY JONES danced a JIVE for his judges choice dance to convince the judges and America that he should win season 16 of DANCING WITH THE STARS.  After 10 weeks of entertaining, stylized dancing from the remaining four couples, only one couple will be crowned “Dancing with the Stars” Champions. Tonight was their last opportunity to impress the judges and viewers.    If you missed the show, we recapped tonight’s show for you and if you want to see how all the couples did go HERE!

Judges Comments: Len: “Jacoby I have to say, this judges pitch is about seeing improvement, your foot work was a bit better. You got excited and missed a few steps.  But well done!”  Bruno said, “Jacoby always brings a limitless simply of power.  I am telling you missed a beat a few times, but otherwise, great job!”  Carrie Ann: “You brought the swagger, you make people want to dance with you.  Your feet were sharper and crisper.”

Watch the video below and let us know what you think? Do you think Jacoby did enough to win this week? Sound out in the comments below!