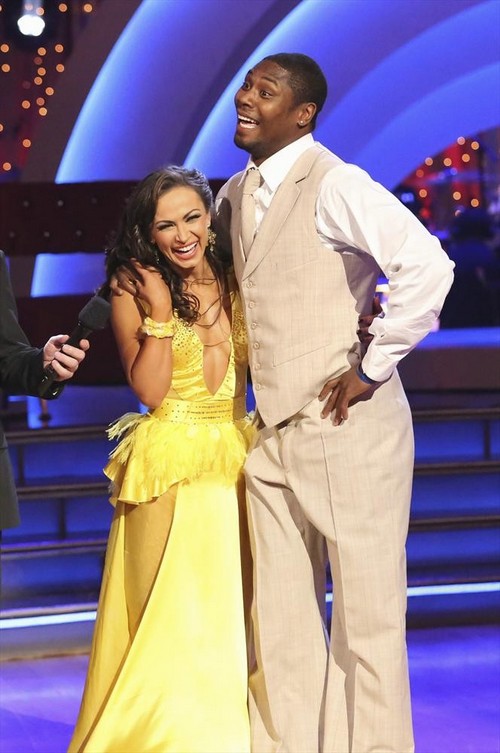 JACOBY JONES danced a SALSA on the seventh episode of Dancing with the Stars: 2013 performance show tonight.  On this week’s show the seven remaining couples hit the dance floor for the ever popular, Latin Night.   The couples will perform to a Latin-inspired hit.  If you missed the show, we recapped tonight’s show for you and if you want to see how all the couples did go HERE!

Judges comments: Len : “I don’t know what is going on is that an earthquake or did you rock the place.  You did a fine job!  I would have liked a few less lifts.  It was fabulous, you shook this place up!”  Bruno: “Jacoby the fiesta has began, I am telling you your force have more action than I have seen.  Karina you spent more time flying around the Iron Man.  I loved it!”  Carrie Ann: “It is like you could fart Salsa, I am just telling it like it is.  What you do is you get down and dirty.  You had the right flavor fart.”