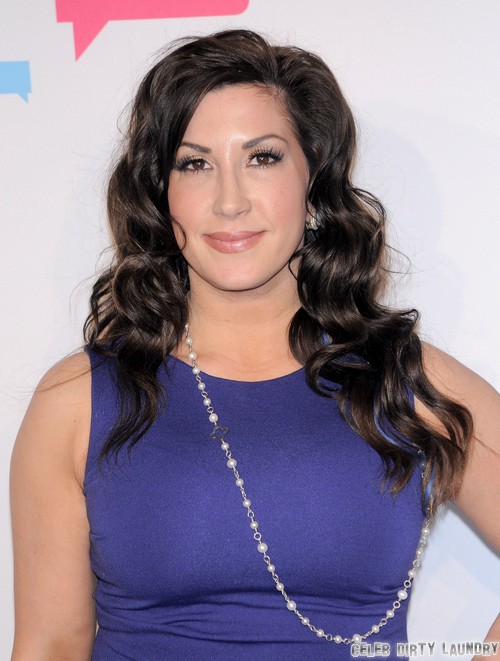 The past two years we’ve seen Real Housewives of New Jersey star Jacqueline Laurita fall apart and completely break down. One would think Jacqueline’s friendship divorce from Teresa Giudice and her son Nicholas’ autism diagnosis were the only reasons she became unglued. The truth is Jacqueline has a long history with mental illness.

Jacqueline says in her biography, published on Stoopid Housewives, she previously had a problem with anger. She ignored someone who wanted to speak with her, and ended up punching the person when they would not let up. The result was Jacqueline being arrested, fined and sentenced to six weeks of anger management classes. I’m wondering if the person she punched is her sister-in-law Caroline Manzo. Jacqueline revealed on the season one reunion show that during a fight she punched Caroline in the nose. There have been no more punches thrown at Caroline since this incident, but I never say never. Jacqueline has those crazy Ramona Singer/Michelle Bachman eyes.

Jacqueline also says in the Stoopid Housewives biography she loves reading self help books. I don’t think she is an enlightened person. Jacqueline has low self esteem. She stood up for herself in season one, telling off her sisters in law Dina and Caroline Manzo. Also that season and into the beginning of season two Danielle Staub asked Jacqueline to make up her own mind about their friendship. She was being pressured by her in-laws to end the friendship because they were not fans of Danielle. Jacqueline caved to the Manzos.

We didn’t see Jacqueline’s backbone again until season three. Jacqueline and her husband Chris Laurita kicked her ungrateful daughter Ashley Holmes out of their house. Suddenly Jacqueline was terminally exhausted and angry. Jacqueline has had several plastic surgeries to make herself feel better. She has admitted to having her breasts done. This season we saw Jacqueline have a tummy tuck and neck lift performed. In the latest episode Caroline says the Jacqueline we see today looks very different than the Jacqueline she met years ago.

Jacqueline’s son Nicholas was diagnosed with Autism around the same time she ended her friendship with Teresea. Autism treatment became her second obsession. Chris said Jacqueline is up late every night researching Autism treatments. We saw this season Jacqueline and Chris installing a hyperbaric chamber in their house to use with Nicholas. Jacqueline goes in the chamber with Nicholas multiple times a day. Jacqueline said she knows how blessed she is to be able to afford to try all kinds of treatments, like the hyperbaric chamber.

Jacqueline has taken some time for herself to de-stress but its apparent it’s not enough. She continues to act out and cry at the drop of a hat. While in Beverly Hills for her plastic surgery, Jacqueline was cracking jokes at dinner with her family. She was not cute or funny. Her crazy was bubbling up tot he surface again. Everyone at the table expressed concern at her actions, including drinking alcohol the night before surgery against the doctor’s wishes. Jacqueline needs professional help and maybe even medication to manage her emotions. She should call Dr. V. This therapist performed a miracle with Teresa and her family, I’m sure she can help Jacqueline.