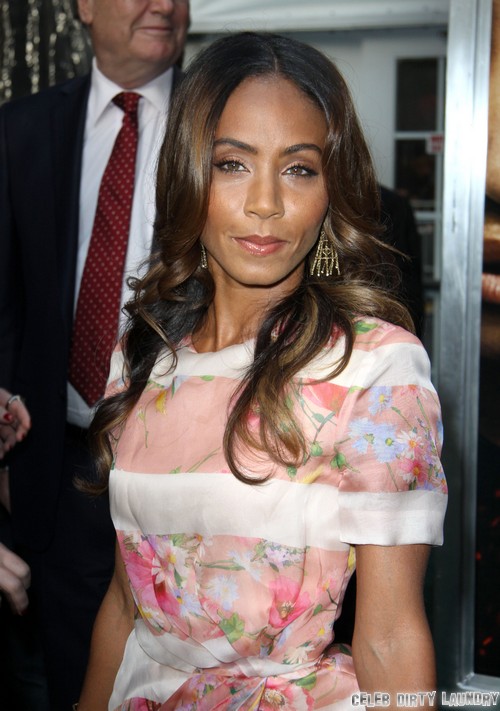 Everyone has their own version of a closet filled with secrets and I love how Jada Pinkett Smith tipped her hand a little the other day and admitted that she has had numerous addictions over the years and that as a younger woman she didn’t necessarily deal with things well. The point of her admission was that she feels grateful to be older and wiser now and basically out of that dark period.

You know how it goes, if a celeb throws a bone then some dog is going to pick it up and run with it and in this case Jada’s step-father, Warren A. Brown decided to discuss with Celebuzz how he feels that he and Jada’s mother, Adrienne Banfield Jones likely set a lousy example for Jada. When the two were married Adrienne was supporting the family while Warren was extremely close to Jada. He basically took care of her by day and then was a total cokehead at night with Adrienne.

Warren eventually walked away from Jada and her mother in 1986, ostensibly to clean up his act. Warren, now a Baltimore attorney believes that his relationship with Adrienne was a bad example for Jada and that his leaving likely contributed to her own addictions. Do you think that he feels genuinely guilty or did he just grab the moment to add a soundbite and bring himself a bit of publicity at the same time?